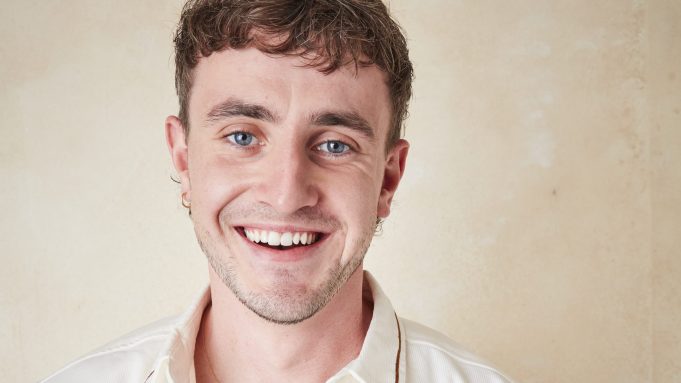 This week’s 20 Questions on Deadline guest is Paul Mescal.

In a chat including his biggest inspiration, the first movie he ever saw, and how he’s stayed sane since he was catapulted to major fame by Hulu series Normal People, Mescal also recalls how his early years working at a truckstop taught him to make a “decent hangover breakfast sandwich”.

This year, Mescal has three projects out. In the Saela Davis and Anna Rose Holmer-directed film God’s Creatures, he plays a young man accused of sexual assault, whose mother (Emily Watson) lies to protect him.

He also has Aftersun, from Charlotte Wells. Mescal plays Calum, a young dad on vacation with his 11-year-old daughter Sophie, played by newcomer Frankie Corio. Mescal muses about the pain Calum internalizes, a hard-to-define kind of disconnection and sense of loss.

Then he has the musical film Carmen, which debuted at TIFF, directed by Benjamin Millepied. Mescal stars alongside Melissa Barrera, and admits “it definitely was a challenge” and that he “in no way, shape or form” would call himself a singer or a dancer.

Mescal also gives us a little bit of tantalizing info about his upcoming films Strangers and Foe. In the Andrew Haigh-directed Strangers, Mescal says most of his scenes are with an actor he very much admires, Andrew Scott, and in Garth Davis’ Foe, Mescal will play Saoirse Ronan’s husband, which he calls “incredibly exciting”.

He also reveals his dream dinner companion (clue: it’s an actor), plus what he would take to watch in his hypothetical nuclear bunker: The Remains of the Day for “a comfort watch”, Blue Valentine “to hurt my feelings”, and some “old-school Marlon Brando” with On the Waterfront.

To hear more musings, childhood memories and future dreams from Mescal, check out this episode of 20 Questions on Deadline above, and listen and subscribe on Spotify and Apple podcasts.