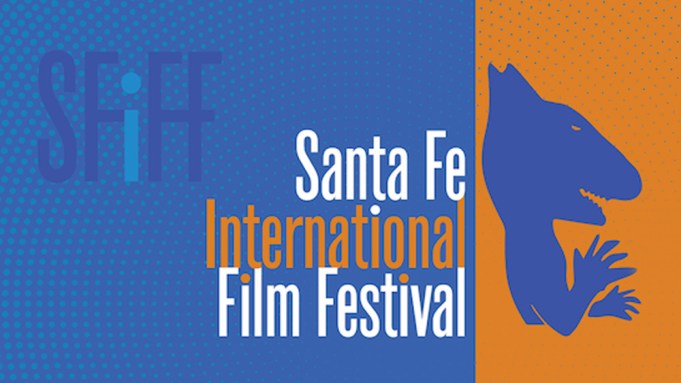 The Santa Fe International Film Festival (SFiFF) has announced its first 15 feature titles. These films are part of the Special Presentation section and will be followed by a full schedule of competition films, short films, panels and events. SFiFF starts October 19 and will run through October 23.

One rainy night, a baby is left at the baby box facility. Sang-hyun and Dong-soo secretly take it home to find suitable parents to adopt him. However, the next day, So-young unexpectedly returns, and calls the police when she discovers her baby is missing. Meanwhile, police detectives have been investigating the case for the past 6 months, waiting for the decisive moment when they can catch the duo in the act.

A journalist descends into the dark underbelly of the Iranian holy city of Mashhad as she investigates the serial killings of sex workers by the so-called “Spider Killer”, who believes he is cleansing the streets of sinners.

If These Walls Could Sing directed by Mary McCartney

The untold story of the Abbey Road studio, with all-star interviews and intimate access to the premises.

Back from the war in Afghanistan, a young British soldier struggling with depression and PTSD finds a second chance in the Amazon rainforest when he meets an American scientist, and together they foster an orphaned baby ocelot.

A twenty-five-year-old French woman returns to Korea—the country where she was born before being adopted by a French couple—for the very first time. She decides to track down her biological parents, but her journey takes a surprising turn.

Korean action star Lee Jung-jae (Squid Game) makes his directorial debut with this 1980s-set thriller, in which he plays an intelligence chief who uncovers a plot to assassinate the president of South Korea while hunting for a mole within his own agency.

Poland’s submission to the 2023 Academy Awards from legendary director Jerzy Skolimowski. The world is a mysterious place when seen through the eyes of an animal. EO, a grey donkey with melancholic eyes, meets good and bad people on his life’s path, experiences joy and pain, endures the wheel of fortune, randomly turns his luck into disaster and his despair into unexpected bliss. But not even for a moment does he lose his innocence.

This film is an immersion into the rich ecosystem of Sable Island and the life of Zoe Lucas, a naturalist and environmentalist who has lived over 40 years on this remote sliver of land in the Northwest Atlantic Ocean.

Tells the story of the last months of the 20-year war in Afghanistan through the intimate relationship between American Green Berets and the Afghan officers they trained.

Once Within A Time directed by Godfrey Reggio

From director Godfrey Reggio and his long-time collaborators, composer Philip Glass and filmmaker Jon Kane, this film is in the form of a bardic documentary, a fantasy of the real with themes of climate change and the perils of technology, and their effects on future generations. It is geared towards children—not the children of the future, children are the future. It is their clarion call to resistance and a call to hope. It asks the evocative question, which age is this, the sunset or the dawn?

Starring Elizabeth Banks and Sigourney Weaver, Call Jane follows Joy, a suburban ’60s housewife. When Joy’s pregnancy leads to a life-threatening heart condition, she must navigate an all-male medical establishment unwilling to terminate her pregnancy in order to save her life. Her journey for a solution leads her to join forces with an independent visionary and a women’s rights activist, putting every aspect of her life on the line.

Starring Ethan Hawke and Ewan McGregor, Raymond and Ray follows the reunion of two half-brothers at the funeral of their terrible father. There’s anger, there’s pain, there’s folly, there might be love, and there’s definitely gravedigging.

It was one of the most audacious and puzzling art crimes of a generation. In 1985, Willem de Kooning’s “Woman-Ochre,” one of the most valuable paintings of the 20th century, vanished into the desert of southern Arizona after being cut from its frame at the University of Arizona Museum of Art. Over 32 years later, the painting was rediscovered in the unlikeliest of places.

The intense friendship between two thirteen-year-old boys Léo and Remi suddenly gets disrupted. Struggling to understand what has happened, Léo approaches Sophie, Rémi’s mother. CLOSE is a film about friendship and responsibility.

A female novelist takes a long trip to visit a bookstore run by a younger colleague who has fallen out of touch. Then she goes up a tower on her own and runs into a film director and his wife. They take a walk in a park and meet an actress, after which the novelist tries to convince the actress to make a film with her. She and the actress get something to eat, then revisit the bookstore where a group of people are drinking. The actress gets drunk and falls asleep.