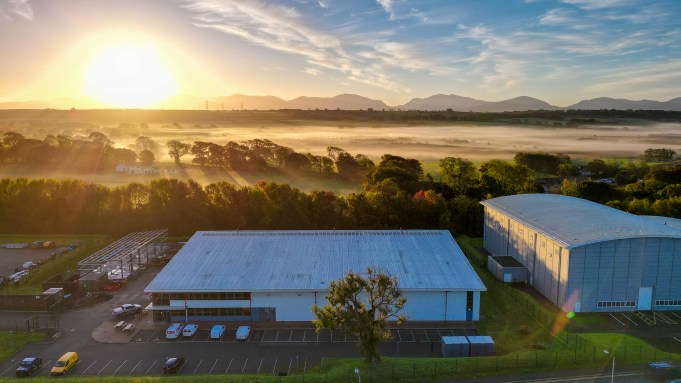 The facility, located near the popular Welsh region of Snowdonia, has been established by indie production company Rondo Media and Welsh broadcaster S4C’s commercial arm S4C Digital Media Limited, with the support of the Welsh Government through Creative Wales.

The studio has two fully-soundproofed stages and is located amongst acres of unspoiled grounds in the Snowdonia region.

Rondo Media is currently filming the drama series Rownd a Rownd for S4C for 27 weeks in stage 2 at Aria. The studio has said they expect further bookings from drama and film producers commissioned by S4C. However, the studio has said its principal target clients are high-end film and television productions from the UK and the US.

Wales has long been the shooting location of productions like Doctor Who, and more recently, HBO’s His Dark Materials and Netflix’s Sex Education are filmed in the country. Bad Wolf, one of the UK’s biggest drama indies, is based in Cardiff.

Aside from commercial business, the studio has also partnered with local educational institutions, including Bangor University and the University of South Wales Screen Alliance Wales to launch Aria Training Academy to provide training and development schemes for local talent in the region. The studio has said it hopes the scheme will “create the infrastructure and access to apprenticeships and training to develop the skills of those looking to break into the industry.”

Visiting the studios today, Wales’ First Minister, Mark Drakeford, described Aria studios as a “top tier development” that will attract “more high-profile productions and help to position the region as a hub for talent, training, and access to the creative industry.”

“Rondo and S4C have shown their support in Wales’ talent and potential,” he said. “I’m delighted that we’ve been able to support this development, which is a great opportunity to grow the Welsh industry and its footprint in the global entertainment business.”

Rondo Media’s Chief Executive, Gareth Williams, added: “This launch is significant for our TV and film industry here in Wales. We’re thankful for the support from S4C’s commercial arm, Cymru Greadigol, and Wales Screen for helping us bring this vision to life, which we know will offer brilliant new opportunities and investment to the region. North Wales has such a unique offering, from its breath-taking landscapes to its creative production talent, and we’re looking forward to further investment in the region and working with inspiring partners to enable the production of exceptional content for a worldwide audience.”