EXCLUSIVE: Audible has acquired the rights to crime podcast Abuse of Power, from David Rudolf, the lawyer behind Netflix and Canal+’s The Staircase, Sonya Pfeiffer and Campfire Studios, and has ordered a further two seasons.

Deadline revealed last year that the lawyer and his wife had teamed up with The Innocent Man producer Campfire Studios, the Wheelhouse-backed business run by Ross Dinerstein, had launched the Abuse of Power series in association with Acast.

Now, the Amazon-owned audio service has picked up the rights and is extending the franchise.

The second season of the show, which you can listen to a trailer below, will see the criminal defense duo dive deep into The State of Florida vs. Krishna Maharaj case. The six episode series will launch exclusively on Audible on November 25. 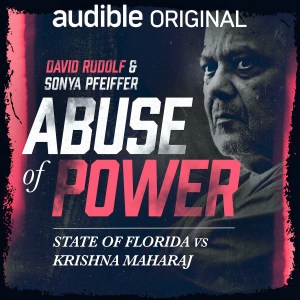 The case follows British-Trinidadian businessman Krishna ‘Kris’ Maharaj, who was arrested in 1986 in Miami for a brutal double homicide. Despite having an alibi, Maharaj was found guilty and sentenced to death – a penalty that was later reduced to life in prison, which the 82-year-old is still serving. The story involves alleged police corruption and judicial abuses of power, and features a trail of international criminals leading all the way to notorious drug trafficker, Pablo Escobar.

Rudolf and Pfeiffer interview those involved in the case, including Maharaj’s wife Marita, as well as investigators, lawyers, experts and a former CIA operative.

A third season, which has not specified which case it will look into, has also been ordered and will launch in 2022.

The first season, which featured cases including Timothy Bridges, Kristine Burch and Kimberly Long, will also be made available this Thanksgiving.

As defense attorneys, Rudolf and Pfeiffer each have first-hand experience and a wealth of insight into the issues raised in Abuse of Power. Rudolf faced these problems head-on as the lead attorney for defendant Michael Peterson in the notorious murder trial chronicled in true-crime series The Staircase. Pfeiffer was previously an award-winning journalist, before becoming a criminal defense attorney and civil rights lawyer. Together, they have secured millions of dollars in damages for individuals whose civil rights have been violated.

“This case will make you question everything,” said Dinerstein. “Content that spotlights injustices has always been part of Campfire’s DNA, and as podcasting continues to provide a tremendous platform for deserving stories like Kris’s, we’re really excited to expand our output in that space – and for the opportunity to work again with our good friends David and Sonya to bring more Abuse of Power to Audible listeners.”

“The case of Krishna Maharaj is one of the most compelling we’ve ever explored, and it provides a shocking window into the criminal legal system in America. Kris’s case illustrates the horrors that the system can inflict on a person – and everyone in that person’s orbit. It’s critical for people to understand how the meaning of justice can be distorted, because those fighting on the inside need reinforcements and resources. We’ve been humbled as we’ve dug into the many layers of Kris’s battle, and we’re proud to partner once again with Campfire Studios to highlight a case that has the power to drive emotion and action,” added Rudolf and Pfeiffer.