CBS’ Adele One Night Only special earned more than 9 million viewers Sunday in primetime, drawing a 1.5 rating in the adults 18-49 demographic and 9.60 million viewers. Updated numbers have the special closer to 10 million, with a 9.92 million count set to rise pending adjustment.

The concert special taped at Los Angeles’ Griffith Observatory saw the “Easy On Me” singer perform her latest hit along with numbers including “Someone Like You,” “Rolling in the Deep” and “Hello.” It was second in non-sports primetime programming Sunday following 60 Minutes (1.9, 12.52M).

Adele One Night Only went head to head against NBC’s Sunday Night Football (3.4, 12.60M). The game between the Kansas City Chiefs and Las Vegas Raiders saw the Chiefs trample the home team 41-14. The showdown was up from last week’s game between the Los Angeles Rams and Tennessee Titans. 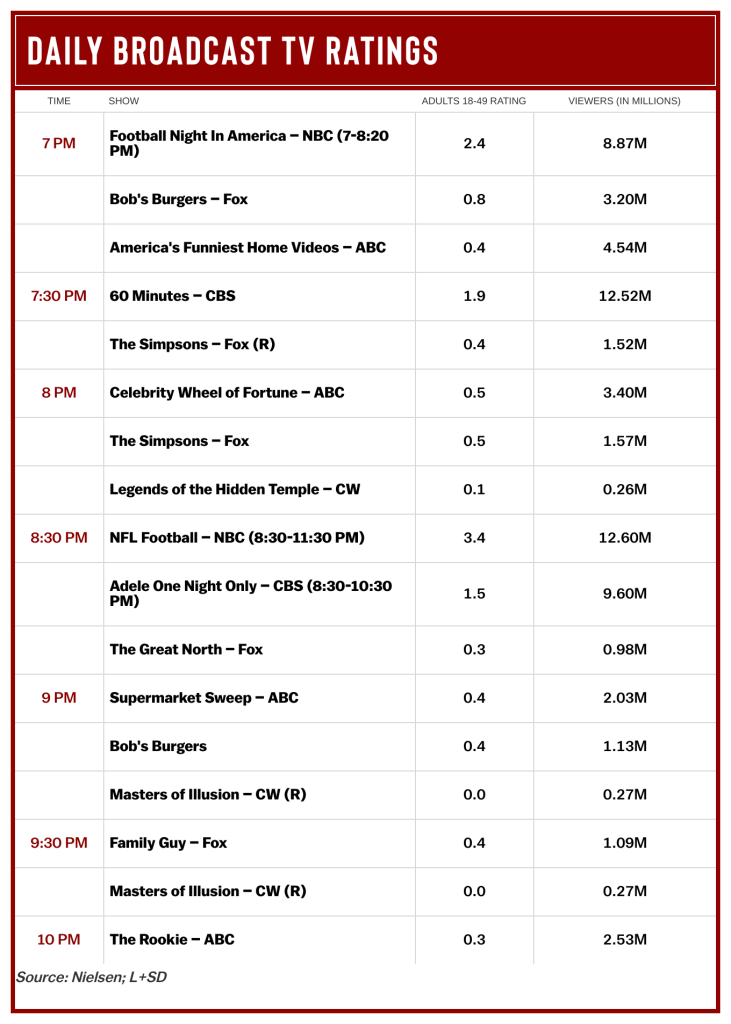