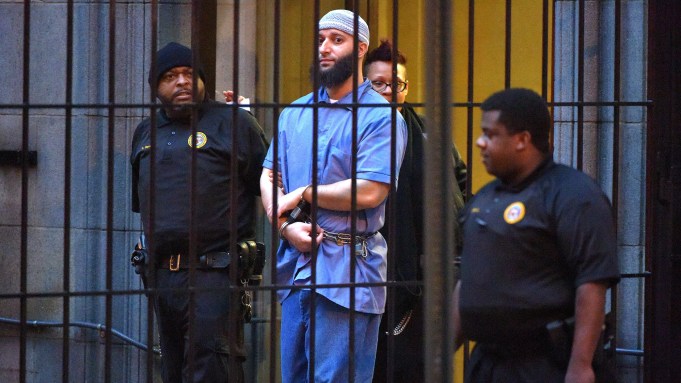 UPDATE, with video Adnan Syed, whose prosecution in the 1999 killing of his high school girlfriend Hae Min Lee was examined in minute detail in the massively popular 2014 season of the hit podcast Serial, will be released from prison after 23 years, with a Maryland judge today overturning his murder conviction.

The ruling came after a hearing today before Baltimore Circuit Judge Melissa Phinn. State prosecutors filed a motion last week asking the court to vacate Syed’s 2000 murder conviction, explaining that a year-long investigation conducted with Syed’s defense team uncovered new information “concerning the possible involvement of two alternative suspects,” and, additionally, that the legal parties “have identified significant reliability issues regarding the most critical pieces of evidence at trial.”

Syed, 41, has been behind bars for 23 years, maintaining his innocence throughout.

Serial tweeted that host Sarah Koenig was present at the hearing and will release a new episode of the podcast tomorrow.

According to the Baltimore Sun, Judge Phinn today rejected a request from Young Lee, a California resident and brother of Hae Min Lee, to postpone the hearing for a week so that he could attend. The judge denied the motion, saying that Young Lee could attend the hearing virtually.

The strangulation murder of 18-year-old Hae Min Lee became a national obsession 15 years after it occurred when Sarah Koenig’s Peabody Award-winning podcast raised serious doubts about the case and the conviction. The investigative report had listeners divided over whether Syed was guilty, whether he had an accomplice, or whether he was entirely innocent. A 2019 HBO docuseries, The Case Against Adnan Syed, also raised doubts.

Sarah was at the courthouse when Adnan was released, a new episode is coming tomorrow morning. https://t.co/GmO3jmGeoy

In its motion last week, the prosecutor emphasized that the murder investigation will be ongoing, and that investigators will use “all available resources to investigate this case and bring a suspect or suspects to justice.”

“To be clear, the State is not asserting at this time that Defendant is innocent,” the motion continued, but added that the prosecution “no longer has confidence in the integrity of the conviction.”

A new trial, or a decision to abandon the case against Syed, would depend on the outcome of the ongoing investigation. In the meantime, the motion sought the release of Syed on his own recognizance.