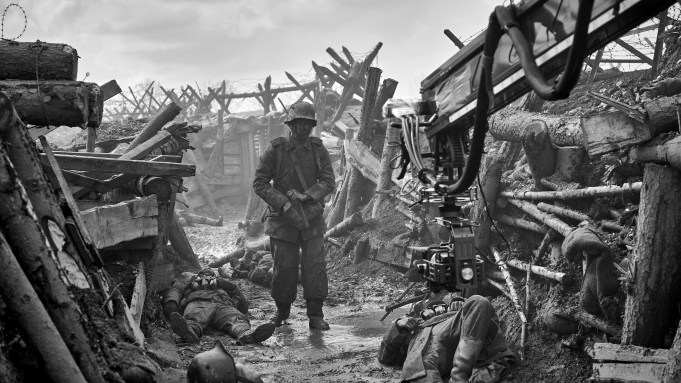 All Quiet On The Western Front
Netflix

Edward Berger’s All Quiet On The Western Front and Kenneth Branagh’s Belfast top the European Film Academy’s Excellence Awards honoring achievement in the arts and crafts categories, the winners of which were announced on Wednesday.

Belfast won best European Production Design for Jim Clay, whose credits include Children Of Men, for which he won a Bafta in 2006, and Murder On The Orient Express.

The drama, set against the backdrop of the beginnings of “The Troubles” in Northern Ireland in 1969, also won best European Costume Design for Charlotte Walter (Blithe Spirit, Misbehaviour)

In other categories, best European Cinematography was won by Kate McCullough for her work on Colm Bairéad’s Irish-language drama The Quiet Girl.

The winners, which are decided by a special expert jury, will receive their awards at the European Film Awards ceremony on 10 December in Reykjavík.