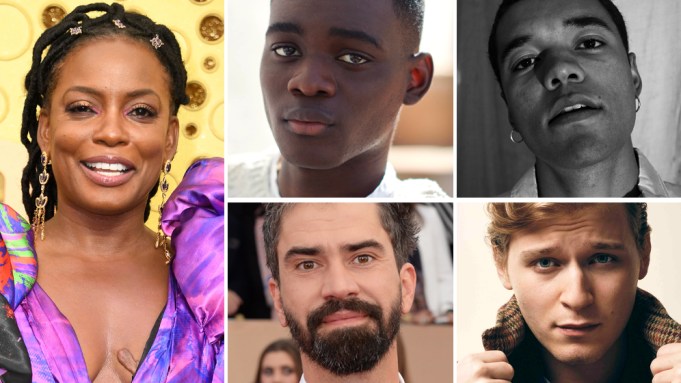 Oscar-nominated filmmaker RaMell Ross (Hale County This Morning, This Evening) has been tapped to direct a feature adaptation of Colson Whitehead’s Pulitzer Prize-winning novel The Nickel Boys for MGM’s Orion Pictures, with Oscar nom Aunjanue Ellis (King Richard), Ethan Herisse (When They See Us), Brandon Wilson (The Way Back), Hamish Linklater (The Big Short) and Fred Hechinger (News of the World) set to star.

The 2020 novel by Whitehead, who’d previously scored a Pulitzer for 2016’s The Underground Railroad, came in as a bestseller upon its publication by Doubleday and was named one of Time‘s best books of the decade. Based on the true story of a Florida reform school that damaged the lives of thousands of children over more than a century, its protagonist is Elwood Curtis, a Black boy growing up in 1960s Tallahassee who is unfairly sentenced to a juvenile reformatory called the Nickel Academy, then finding himself trapped in a grotesque chamber of horrors. His only salvation is his friendship with fellow “delinquent” Turner, which deepens despite Turner’s conviction that Elwood is hopelessly naive, that the world is crooked, and that the only way to survive is to scheme and avoid trouble. As life at the Academy becomes ever more perilous, the tension between Elwood’s ideals and Turner’s skepticism leads to a decision whose repercussions will echo down the decades.

Details as to the roles to be played by the actors haven’t been disclosed. But Ross adapted the screenplay with two-time Academy Award nominee Joslyn Barnes of Louverture Films (Zama, Memoria). Plan B Entertainment, Anonymous Content and Barnes are producing, with Whitehead serving as exec producer. The Nickel Boys marks Plan B’s second collaboration with Whitehead, following Barry Jenkins’ Emmy-nominated limited series adaptation of The Underground Railroad for Prime Video, which earned a Peabody Award as well as a BAFTA.

“It is an honor to be working with such talented people and trusted with such an incredibly written story, with historical roots,” said Ross. “I’m constantly impressed by the passion and creativity of the collection of people moving this project forward.”

“RaMell is one of the most impactful visual artists of our time, with a singular voice and perspective,” added Orion Pictures’ President Alana Mayo. “With this piece, he is inviting us to see a world enveloped in both beauty and neglect through a unique lens on the Black experience that has yet to be captured in cinema. Along with our partners at Plan B, Anonymous Content and Joslyn Barnes, we are incredibly proud to have the opportunity to work alongside these incredible artists to bring The Nickel Boys to the screen.”

Ross is best known for his first feature — the 2018 documentary Hale County This Morning, This Evening, which was nominated for an Oscar, as well as an Emmy for Exceptional Merit in Documentary Filmaking, also receiving a Special Jury Award for Creative Vision at the 2018 Sundance Film Festival and a 2020 Peabody Award. His interdisciplinary work has appeared across the world including Aperture; Hammer Museum; Institute of Contemporary Arts, London; Museum of Modern Art; Georgia Museum of Art; National Gallery of Art; Walker Art Center; and Jules Collins Smith Museum. He was awarded an Aaron Siskind Foundation Individual Photographer’s Fellowship and was a 2020 USA Artist Fellow, as well as a 2022 Solomon Fellow at Harvard University, and serves as an associate professor in Brown University’s Visual Art Department.

Barnes is an Oscar-nominated and Emmy-winning writer-producer who previously collaborated with Ross on Hale County and is otherwise known for her contributions to docs including Trouble the Water, Black Power Mixtape, The House I Live In, Strong Island, Aquarela, Gunda and the forthcoming Chocobar, as well as narrative features like Bamako, Uncle Boonmee Who Can Recall His Past Lives, Cemetery Of Splendour, White Sun, Zama, Capernaum, Memoria  and Prayers for the Stolen. TV credits include William Kentridge’s Self-Portrait as a Coffee Pot and the forthcoming Conbody Vs. Everybody by Debra Granik.

Ellis is coming off her Oscar-nominated turn as Serena and Venus Williams’ mother Oracene Price in Warner Bros.’ King Richard who has also notched Emmy noms for her work on Netflix’s When They See Us and HBO’s Lovecraft Country. Additional credits include The Clark Sisters: First Ladies of Gospel, which earned her a NAACP Award nomination for Actress in a Television Movie, Mini-Series or Dramatic Special, as well as If Beale Street Could Talk, The Birth of a Nation and the miniseries The Book of Negroes. Upcoming projects include Warner Bros.’ new feature adaptation of The Color Purple, The Supremes at Earl’s All-You-Can-Eat, The Deliverance, Justified: City Primeval and the second season of AMC’s 61st Street.

Herisse was nominated for an NAACP Image Award for his portrayal of Yusef Salaam in the Emmy-nominated When They See Us. Additional credits include Chicago Med, Big Time Rush, About a Boy, The Mindy Project and Key and Peele.

Linklater is an actor, writer and director who can currently be seen in the limited series Angelyne and the Watergate anthology Gaslit, having most recently wrapped filming the Apple TV+ limited series Manhunt, in which he portrays Abraham Lincoln. Other notable television credits include Midnight Mass, The Newsroom, Legion, The Crazy Ones and Fargo, as well as The New Adventures of Old Christine and The Big C. The actor has also previously appeared in films including Brie Larson’s Unicorn Store, Adam McKay’s Oscar winner The Big Short, Phil Alden Robinson’s The Angriest Man in Brooklyn, Brian Helgeland’s Jackie Robinson biopic 42 and Tim Story’s Fantastic Four, among other titles.

Hechinger recently wrapped production on Billy Bryk and Finn Wolfhard’s feature directorial debut Hell of a Summer and will next be seen in The Pale Blue Eye, the Nicolas Cage Western Butcher’s Crossing and Marvel’s Kraven the Hunter. Additional credits include both acclaimed series such as the Emmy-nominated Pam & Tommy, The White Lotus and The Underground Railroad, as well as features like Fear Street, The Woman in the Window and News of the World.

MGM’s Orion most recently released Chinonye Chukwu’s Till, starring Danielle Deadwyler. Up next for the company is Sarah Polley’s drama Women Talking, based on the novel by Miriam Toews, which opens in limited release via United Artists Releasing on December 2.