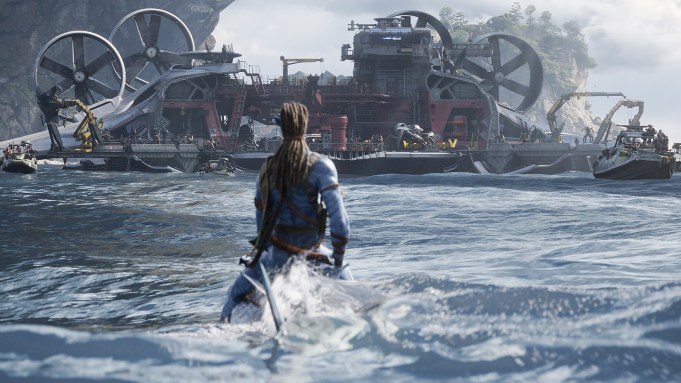 Avatar 2 is eyeing a sixth weekend between $17M-$20M, which could get it to become the 7th- best sixth frame ever (a detailed record which the first Avatar holds at $34.9M). A year ago at this time, it was Spider-Man: No Way Home, which was leading the chart in its sixth weekend with a take of $14M. On the high end, the 20th Century Studios/Disney/Lightstorm title gets to $598.3M by Sunday. Friday was $4.6M, -34%.

'Missing' Review: Followup To 2018's Sleeper Hit 'Searching' Is A Nail-Biting Thriller For The Internet Age

Universal/Atomic Monster/Blumhouse’s third weekend of M3GAN is looking at $9.1M over the three days.

Storm Reid and Megan Sure in Screen Gems MISSING

Sony’s Nicholas D. Johnson-Will Merrick movie Missing is filing in the high single digits with $8.5M after a $3.4M Friday. Critics gave the movie an 82% fresh score on Rotten Tomatoes, while audiences graded it a B with CinemaScore and 81% positive/60% recommend on Comscore/Screen Engine’s PostTrak. Mostly women showed up, with 48% between 25-44. Diversity demos were 30% Caucasian, 26% Hispanic and Latino, 24% Black and 20% Asian/other. The thriller played on the coasts and the South, with NY and LA owning six of the top ten runs.

There is another wide release for the weekend, not just Missing, and it’s Crunchyroll’s The Time I Got Reincarnated as a Slime The Movie: Scarlet Bond. Including Thursday previews, day one came in at $697,7K at 1,468 locations. Weekend outlook is $1.4M. Pic is is based on the best-selling light novel, written by Fuse and illustrated by Mitz Vah, and the fantasy adventure anime series That Time I Got Reincarnated as a Slime. The series follows Mikami Satoru, an average 37-year-old who dies and is reincarnated as the most unremarkable creature imaginable—a slime. Initially, things are pretty grim. He’s blind, deaf, and weak. But by combining his two special abilities, “Predator” and “Great Sage,” the newly named, Rimuru Tempest will use his blobby powers to gain both friends and foes alike in a diverse new world. The stand-alone story takes place following the ending of Season 2 of the anime series, currently streaming on Crunchyroll. In the movie, a long-running conspiracy is swirling over a mysterious power wielded by the Queen in Raja, a small country west of Tempest. When a slime who evolved into a Demon Lord named Rimuru Tempest crosses paths with Hiiro, a survivor of the Ogre race, an incredible adventure packed with new characters begins. The power of bonds are put to the test.

FRIDAY AM UPDATE: The only new wide studio release this weekend is the Stage 6 and Screen Gems thriller Missing which collected $760K yesterday off of showtimes that began at 4PM at 2,650 locations. The movie, which is from the creatives behind Sony’s micro-hit, Searching, is expected to do in the mid single digits off 3,000 theaters.

Similar to Searching, Missing was made off a very thrifty budget of $7M before P&A.

Missing is executive produced by Searching‘s Timur Bekmambetov, produced by Sev Ohanian and Natalie Qasabian, and storied by that previous title’s Ohanian and Aneesh Chaganty, the latter who helmed the first title. Missing is directed by Nicholas D. Johnson and Will Merrick. The pic follows a young woman who tries to find her missing mother using tools available to her online. Storm Reid and Nia Long star.

20th Century Studios/Disney/Lightstorm’s Avatar: The Way of Water is expected to remain strong with at least $20M in weekend 6. Avatar 2 ends week 5 with a running total of $578.2M. This weekend will get the James Cameron directed sequel to $598M+. The next pic it needs to pass on the all-time list of the highest grossing movies at the domestic box office is The Incredibles 2 ($608.5M), which is currently ranked the 12th highest.

Universal/DreamWorks Animation’s Puss in Boots: The Last Wish could also see another great hold in the wake of its MLK weekend. Its fifth frame is expected to be around $10M. Week 4 ends with an estimated $22M and a running stateside gross of $114.9M. The movie’s availability on PVOD isn’t slowing its turnstiles down.