The promotions were announced today by Cris Abrego, chairman of the Americas, Banijay and president and CEO, Endemol Shine Holdings.

Additionally, Abbey Maloney was promoted to publicist, Banijay Americas. All three are based in the company’s North Hollywood, Calif. headquarters and work closely with Banijay’s UK-based group communications team.

Schlosser, who was previously SVP Communications for Endemol Shine North America, has been with the Banijay-owned studio since 2012. He leads all external and internal communications efforts for the division across North America and Latin America, reporting to Abrego. 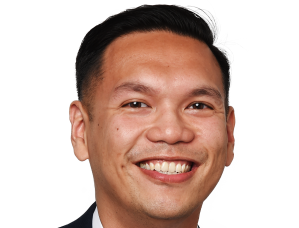 Medina, who joined the company in 2012, leads all day-to-day marketing responsibilities with network partners across all series campaigns and works closely with Banijay Rights, Banijay’s global distribution arm, on international marketing materials for produced series and B2B initiatives.

“Joe is a strategic and well-respected professional who has done a tremendous job leading our communications efforts for many years now,” says Abrego. “I’m excited that Joe will continue in this role, working closely with me and our leadership team as we continue to expand our output across the Americas.”

Schlosser added, “Working alongside Cris and our teams here in the U.S. and across the Americas has been one of the most rewarding and enjoyable roles of my career,” said Schlosser. “And I have been extremely fortunate to have had Jaycee here with me for nearly a decade now, helping lead all our comms and marketing efforts and keeping me in line on a daily basis.