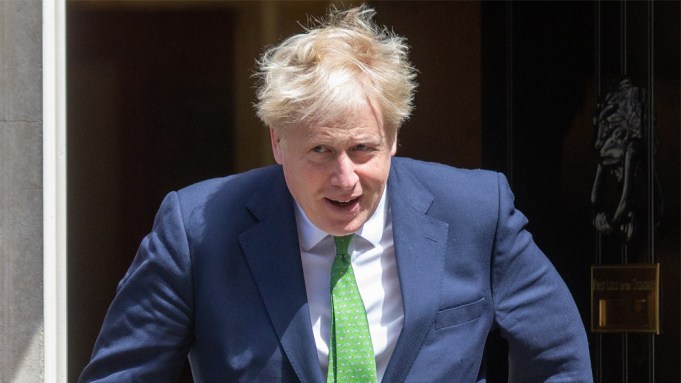 BBC Chairman Richard Sharp helped to arrange a guarantee on a loan of up to £800,000 ($990,000) for Boris Johnson weeks before the then-prime minister recommended him for the role at the broadcaster, according to a new report.

Sharp, a former Goldman Sachs banker, was involved in talks about how to help fund the former Prime Minister’s lifestyle in late 2020. At the time, Johnson was facing financial trouble due to a divorce, childcare costs, and bills for the refurbishment of his Downing Street flat, The Sunday Times Reported.

The newspaper continued to report that in 2020 Sharp met Sam Blyth, a Canadian businessman and distant cousin of the former prime minister, who is said to have raised the idea of acting as a guarantor on a credit facility for Johnson and asked Sharp for advice on the best way forward. The now BBC chairman agreed to help Blyth and introduced him to Simon Case, the cabinet secretary and head of the civil service, the paper reported.

The Sunday Times said Johnson, Sharp, and Blyth then had dinner at Chequers, the Prime Minister’s country home before the loan was finalized. One month later, Sharp was announced as the government’s choice for the BBC role.

In accordance with the broadcaster’s royal charter, the BBC chair is appointed by the monarch on the recommendation of the Prime Minister and culture secretary. However, the government has the final say on the appointment.

As part of the role, the BBC chair is responsible for the corporation and is required to uphold it’s independence from the government and oversee its general direction.

The Sunday Times reported that Sharp did not disclose his involvement with the then-prime minister’s finances to the panel that interviewed him for the role, and the matter was not discussed during his pre-appointment hearing before a House of Commons select committee in February 2021.

Responding to the report, Sharp told The Sunday Times: “There is not a conflict when I simply connected, at his request, Mr Blyth with the cabinet secretary and had no further involvement whatsoever.”

A BBC spokesperson said: “The BBC plays no role in the recruitment of the chair and any questions are a matter for the government.”

A spokesperson for Johnson dismissed the report as “rubbish” and said the financial arrangement had been declared correctly.

The opposition Labour Party has reported Boris Johnson to the Parliamentary Commissioner for Standards following the report.

Anneliese Dodds, the Labour party chair, said: “Serious questions need to be asked of Johnson: why has this money never been declared, and what exactly did he promise these very generous friends in return for such lavish loans?”