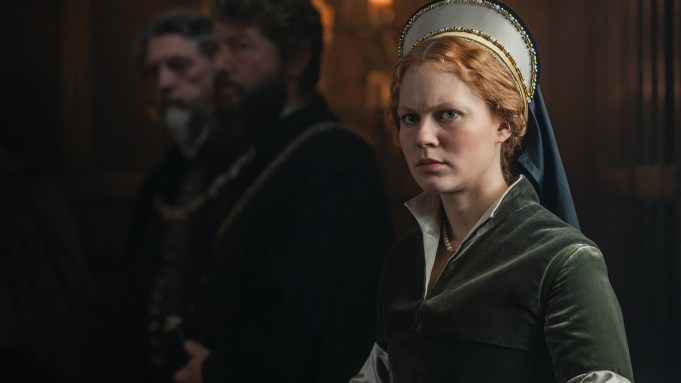 According to Live+Same Day Nielsen data, the series failed to capture audiences meaningfully; its premiere August 12 was the most-watched episode but only mustered 158,000 total viewers. In the weeks following, episodes continued to lose viewers, with the average L+SD viewership for the season at 136,000.

Among the audience it did maintain, most were not within the ad-friendly 18-49 demographic. Becoming Elizabeth averaged a 0.01 demo rating throughout the season, and only two episodes (the premiere and one other) were able to climb to a 0.02.

The series created by Anya Reiss followed the early life of Queen Elizabeth I of England (portrayed by Alicia von Rittberg), an orphaned teenager who becomes embroiled in the politics of the English court on her journey to secure the crown. With no clear heir, the death of King Henry VIII sets into motion a dangerous scramble for power. His surviving children find themselves pawns in a game between the great families of England and the powers of Europe who vie for control of the country. It also showed how Elizabeth struggled to control her own destiny and take real power as the men around her attempted to claim her sovereignty.

Reiss executive produced Becoming Elizabeth with The Forge’s George Ormond and George Faber, with Lisa Osborne producing. Reiss served as lead writer, joined by an all-female writing team including Emily Ballou, Anna Jordan and Suhayla El- Bushra. The series was produced by The Forge for Starz.

Katie Campione contributed to this report.