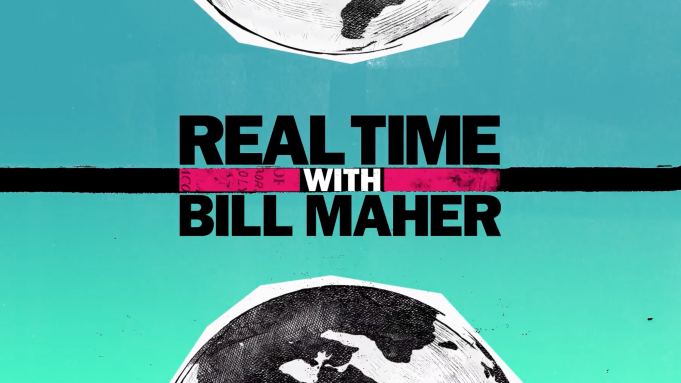 “How about our new theme song from Green Day?” Maher asked the audience as he bounded onstage.

Regular listeners will recognize the theme’s usual thumping beat is now accompanied by a pulsing guitar. Gone is the guitar solo that used to wind in and out of the beat. It’s actually a much simpler tune.

Appropriate to the Tik-Tok era, the new intro is less than half as long as its predecessor, clocking in an a slim 10 seconds vs. 23 seconds for the 2017 version.

The graphic style is a fairly consistent with that of its predecessor, using negative images and splashes of color mixed with illustrations of some of Maher’s touchstones: The planet, cell phones, social media symbols, handcuffs and a skull with x’s for eyes.

#StartTheClock: The season premiere of Real Time with @BillMaher feat. former AG William Barr, @RepNancyMace and @sullydish is now on @HBO and @HBOMax!

The previous intro by Los Angeles–based ad agency Stun Creative was designed to portray “contrasting history” via what Communication Arts called “the neat trick of circular split-screen motifs to juxtapose historical struggles and taboos with modern realities.” You can watch it below.