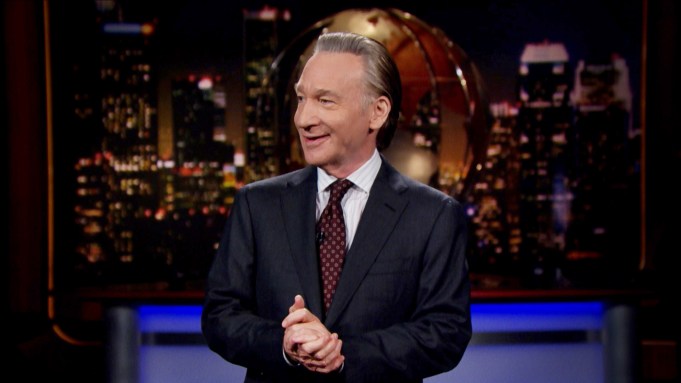 So despite a few jokes at the top of the show, he spent the bulk of Friday’s Real Time trying to figure out how things went so wrong for an administration that came into office with the most votes in history and control of the legislative branch.

This week’s panel discussion included senior political correspondent for The New York Times and author of Confidence Man: The Making of Donald Trump and the Breaking of America, Maggie Haberman, and The Washington Post columnist and host of CNN’s Fareed Zakaria GPS, Fareed Zakaria.

Neither of the guests disagreed with Maher’s rather gloomy assessment of Democrat prospects.

Maher asked why the Supreme Court throwing abortion back to the states had so little impact on voter sentiment.

Zakaria had a simple answer: “The biggest issue is the economy and inflation.” He said that people are as pessimistic as they were in the Great Recession of 2008, and noted that inflation is “more more corrosive than people realize.”

Haberman pointed out that the White House’s embrace of the left is what’s seen them struggle.

Maher agreed, pointing out that parents see kids coming back to school after being away and facing more social messaging than education. “People want education, not indoctrination.”

The discussion shifted to Ukraine, and how a shift in legislative control could affect how the US handles that relationship.

“It will be a real issue if Republicans take the House,” Haberman said. “Not everyone wants to pull (funding) back.”

Zakaria painted it in worse terms. “If Russia wins, we’re tearing up the post-World War II order.” He added, “This should not be a partisan issue.”

Finally, the discussion turned to immigration and the open borders fostered by the Biden administration. Maher said that Latino voters are not necessarily as supportive of Democrats as that party envisioned.

Zakaria insisted “Americans don’t have problems with immigation in general. I lived that life myself. But they see a system that has collapsed, a breakdown in law and order, of rules.” The result, he said, is that “people look at this and say the whole system has collapsed.”

Haberman noted that “A lot of Latino voters feel they are taken from granted by the Democratic party.” That sentiment “is likely to play out on Tuesday.”

Maher’s “New Rules” editorial was even more downbeat. He mourned the end of democracy on Tuesday. He said that no one is paying attention to the Jan. 6 Congressional hearing or other issues of serious import. “No one can be persuaded of anything anymore, anyway.”

What will follow is endless impeachment talk surrounding President Joe Biden, he predicted. “This is the ‘it can’t happen to us moment. We just don’t feel it yet.”

He concluded, “So I urge you to vote,” he said, and added that we should savor the time left for democracy. It’s like the McRib, here for a little time, then going away, he said. “So enjoy it while you can.”

Earlier in the show, Maher talked with Richard Reeves, Senior Fellow at the Brookings Institution and author of the book Of Boys and Men: Why the Modern Male Is Struggling, Why It Matters, and What to Do About It.

Boys are struggling, both agreed, and the education system isn’t geared toward their needs. That’s why, with more women attending college, men haven’t been able to keep up. That’s not good news for women, either, as their marriage prospects diminish if there are too many men consigned to mom’s basement without great prospects.