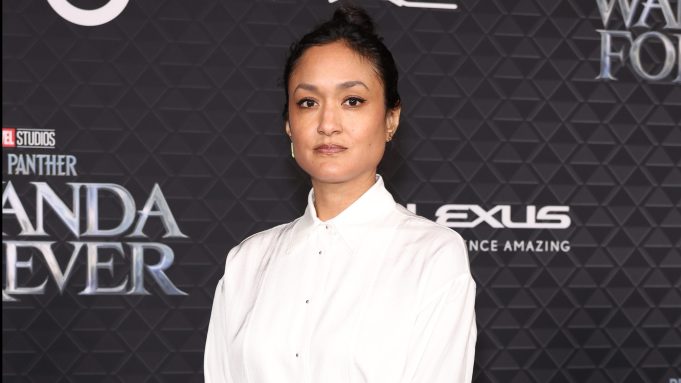 Cinematographer Autumn Durald Arkapaw was one of the most sought-after names at the recent Camerimage film festival, with both fans and industry colleagues flocking to hear her speak at a post-screening Q&A.

The Bay Area native is currently enjoying a career boom after first drawing attention with deft work on indie pics like Gia Coppola’s Palo Alto and the Elle Fanning-starrer Teen Spirit before she was drafted into the MCU, lensing the breakout series Loki and now, Ryan Coogler’s Black Panther sequel Wakanda Forever.

Arkapaw’s ascension has been swift, but she told Deadline that her process has largely remained the same.

“I still approach it as a small movie,” she said. “The management, time, and money are all a side note because you want it to be good every time you do something regardless of the size. There are also many amazing people working on the film, so you have a lot of help at your fingertips.”

Now in its third week, Wakanda Forever has crossed the $500M mark at the world box office, making it one of the year’s highest-grossing releases and the biggest hit of Arkapaw’s career with early awards buzz for her innovative camerawork. Below, Arkapaw talks about her journey to Black Panther, crafting the film’s visual language and working intimately with director Ryan Coogler.

DEADLINE: To start, how did you first get involved with the project?

AUTUMN DURALD ARKAPAW: I’ve obviously known about Ryan and his work for many years. And a good friend of ours, Bradford Young [Selma cinematographer], brought me up to Ryan early on when he was looking for a DoP for Creed. I wasn’t able to do Creed. I think the studio wouldn’t approve me.

DEADLINE: Why wouldn’t they approve you?

ARKAPAW: I don’t know the nuts and bolts of that story, but I guess they thought I didn’t have a movie with a big enough budget yet, which is probably true, but that doesn’t really mean anything. And I say that now.

So, when Rachel [Morrison, Black Panther 1 DoP] was unable to do this movie, she hit me up, and then I met Ryan. We had a Zoom call. It was just such a beautiful phone call. We’re both from the Bay Area, so we get along very well. It’s just easy to talk to him and, ultimately, easy to work with him. So it’s just the best fit.

DEADLINE: Did you come onto the project before or after the rewrites following Chadwick Boseman’s passing?

ARKAPAW: It was after. Ryan was rewriting it. I was very aware because I was in Atlanta when Chadwick’s passing was announced, and everyone was thrown back because he had been keeping it to himself and his family. So I knew about that.

DEADLINE: On a massive film like this, where does your work start?

ARKAPAW: So what’s great about Ryan, and not every director does this, is that he asked that I be brought on for prep. So before I was on the ground in Atlanta, he involved me in his storyboard and pre-vis meetings. So I would be involved in those via zoom, and that was probably the first thing we did together.

DEADLINE: Do you enjoy being involved in early prep?

ARKAPAW: It’s not my favorite thing. But anything that will help the director, producers, and everybody on the set feel more comfortable is great. Because you have costume, production design, SFX, and stunts, they all want a global idea of what we are trying to execute. And so when you can give them a slight framework, it just helps them do their job better. And then also you can change it. It’s not set in stone. It’s just giving you an idea, and what’s great about Ryan is that we did all this boarding, but he’s still very collaborative. So we’re still very open to adjusting it on the day.

DEADLINE: One of the film’s most talked-about scenes is the opening, with Shuri trying to save T’Challa. It’s very emotionally charged and unlike anything else in the MCU. How did that scene come together?

ARKAPAW: Ryan always had the idea to do that scene, and he was interested in it being a one-shot with tension and angst. He wanted the audience to be with Shuri. So we looked at what tool would be best. Was it the Steadicam or handheld? My amazing camera operator had this sort of handheld rig that is a little more steady. So yeah, it was Ryan’s idea.

DEADLINE: Many of the setpiece ceremonies in the film are informed by real-life traditions across Africa, which have never been captured in Hollywood before. Where did you look for visual inspiration?

ARKAPAW: Ryan and Hannah Beachler, the production designer, have worked together for a long time and they’re both brilliant at doing the research. They want to be very true to the culture, so they take it seriously. For me, when I’m on set, I’m interacting with human beings. Emotions are displayed in front of me, and no matter what time period, it’s just human emotion, so you know the right place to put the camera. I feel it. I’m an emotional kind of filmmaker, and I love to operate. So as far as references, I just want to keep it true to the environment.

DEADLINE: The film’s made a lot of money, and you’re receiving a lot of praise for your work. How does it feel?

ARKAPAW: It’s crazy. I’ve been doing this for a long time, but if you choose a certain job, it can send you off on the right path. Before Loki, I was working very hard. I was trying to get certain jobs, but it wasn’t happening. But I finally got the chance to express my point of view and collaborate with a great team of filmmakers. And that’s my favorite thing. So I’m very honored by the praise, and it feels great, but I just enjoy working with people I love. And I just want to let all the girls out there know that this is a job they can do too.

DEADLINE: What’s next for you?

ARKAPAW: It’s interesting, I just watched the film for the second time, and I’m like, ‘What is next?’ It was a beast. It was so fulfilling. That’s the thing, each job you say yes to, you think, is this going to fulfill some need? Are you doing great work? Are you meeting great people? And I was able to do a lot of that. So moving forward, I don’t know. I have to think about it a little bit more.