UPDATE: Disney/Marvel’s Black Widow narrowly led the international box office for Hollywood films this weekend, grossing an additional $29.9M from 48 material markets. That’s a 55% drop from opening, which most agree is decent even if there’s no getting around the fact that these are not Marvel-ous numbers. The overseas total is now even with domestic at $132M for $264M global. Contrary to last weekend, Disney did not break out streaming figures this time around.

The Scarlett Johansson-starrer — as did other films this session — had to contend with increased closures in Australia as well as further restrictions in Korea and Japan and fine weather for a change in the UK. It held No. 1s in Brazil, Korea, Italy, Russia, Spain and the UK. We’re told the mid-weeks were good and that the -55% is on par with F9’s second weekend drop in the same bucket of markets.

Perhaps the biggest issue now facing Black Widow is its future in South East Asia where most markets are closed, and China, where it has failed to secure a release date thus far. Those are massive Marvel plays and the question remains whether fans will rush out to theaters once, and if it does drop, given it has been widely available to pirates. As Anthony noted, it was the most-pirated movie last week on Torrent Freak.

IMAX overall hit a new milestone this weekend, overtaking $100M in local-language box office for the year. This is only the second time the format has reached the benchmark — and there are still five months to go in 2021. Toho’s Belle, from filmmaker Mamoru Hosoda’s grossed $780K from 38 screens in Japan. Also helping drive IMAX to the century mark, Bona’s Chinese Doctors added $2M to its total, which now stands at $5.5M and counting. Chinese Doctors was the top grossing movie of the weekend internationally with $44.3M and a cume in China of $137M+. 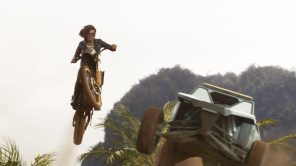 Rolling out in such key markets as France and Germany this frame, Universal’s F9 roared to another $28.6M internationally as it nears $600M global. The full offshore cume is now $436.4M from 57 markets for $591.2M worldwide. Overseas, the total is on par with Hobbs & Shaw at the same point in release. The IMAX total is $37M global. This includes the strongest opening weekend since January 2020 for IMAX screens in Germany and the best IMAX opening since Tenet across France.

Vin Diesel & crew were seen on a giant beach screen Monday night during a well-attended Cannes Film Festival preview. The movie went on to score the best Wednesday opening of the pandemic era in France with $3M (Wednesday was also a national holiday for Bastille Day), the top Universal live-action debut and, including previews, was on par with both Fast 7 and The Fate Of The Furious. The weekend’s $9.4M beat Black Widow for best pandemic era launch. Germany, which recently reopened, welcomed the Toretto family with $6.8M for the best post-Covid start, despite severe flooding in the west. The UK is rounding $20M this week while Mexico has topped $24M and Brazil $10M. Still to come are Japan and Italy. 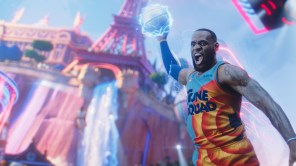 In third place for the studios, Warner Bros’ Space Jam: A New Legacy debuted in 63 markets with $23M for a $54.7M global start. Internationally, the LeBron James sequel is tracking 12% above The Lego Movie 2 and 94% over Tom & Jerry. Australia was the top market, coming in at No. 1 with $6.5M ahead of Black Widow and even though the country is seeing lockdowns in Victoria and Sydney which is affecting 57% of the national box office. Mexico grossed $3.2M at No. 1 to double Black Widow’s second place take. That’s 595% above Peter Rabbit 2 and 724% over Tom & Jerry. The UK did $1.9M, impacted by the first nice weekend in over a month.

Next weekend adds France, Spain and Chile. A China date has not yet been confirmed (a July 16 date that had been floated was erroneous, we’ve been told) and the hope is for August after the July blackout ceases. China would be a key play for the movie given its love of basketball.

Universal/DreamWorks Animation’s The Croods: A New Age hit the UK this session, landing $1M at 604 locations with the market overall affected by the nice weather. Italy scored the biggest pandemic era animation opening at $900K. In total, the sequel added $6.4M in 52 markets, good for just a 20% drop and a $132.7M international cume. Global is $191.2M. 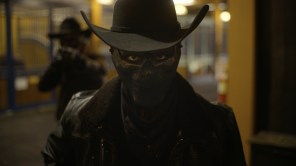 Universal/Blumhouse’s The Forever Purge added 10 new markets worth $3.7M for a 39% dip and a $12.5M offshore cume. The UK started off at $1.1M, landing in third place. This is in line with Purge: Election Year and is a solid debut given the weather and overall recent horror saturation. Spain scored a No. 1 bow on Friday to rank as the second biggest opening day for a horror pic during the pandemic. The FSS was $756K at 312. In total, the latest Purge has grossed $48.4M globally. 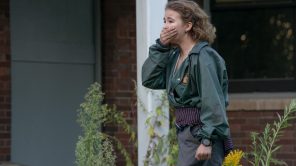 ‘Everything Everywhere All At Once’: SXSW Sets Daniel Kwan and Daniel Scheinert’s A24 Pic As Opening Night Film