Bob Bondurant, a racecar driver-turned-instructor who taught and guided such actors as Paul Newman, Tom Cruise, Christian Bale and Nicolas Cage for racing movies and other fast-car films, died on Nov. 12 at an assisted living facility in Paradise Valley, Ariz. He was 88.

His death was announced by the Bondurant Racing School. His wife Pat Bondurant provided The New York Times with a death certificate indicating Bondurant suffered a “suspected immune reaction related to vaccinations.” The certificate lists cerebrovascular disease and cerebral arterial stenosis as underlying conditions.(The Times report did not specify the type of vaccination; according to the CDC, reports of death after Covid-19 vaccination are rare.) 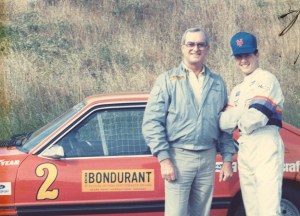 During his racing career of the 1950s and ’60s, Bondurant became one of the world’s most successful drivers, winning the National Corvette Title, Le Mans GT, the World Championship, and the Baja 500. Between 1961 and 1963, he won 30 out of 32 races in Corvettes, and is the first and only American to bring the World SportsCar Championship trophy home to America in the legendary Shelby Daytona Coupe #26. He rose to the highest level in racing with Ferrari in Formula 1 and prototypes. 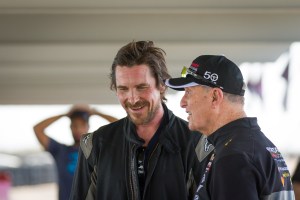 But tragedy struck in 1967 during a race at Watkins Glen, New York, when the steering arm of Bondurant’s vehicle broke at 150 mph. The McLaren racecar he was driving flipped eight times, causing severe injuries to Bondurant’s rib, leg, foot and back. He was told by physicians that he might never walk again.

The accident ended Bondurant’s racing career, so during his recuperation Bondurant decided to switch career paths and, inspired by his experience training the actor James Garner for the 1966 John Frankenheimer film Grand Prix, in 1968 he opened the The Bob Bondurant School of High Performance Driving (initially at the Orange County International Raceway and moving to various locales over the years before settling in Chandler, Arizona.)

Over the next 50 years, the Bondurant Racing School saw a steady stream of actors seeking to learn or fine-tune their driving skills in preparation for film roles. Among the students he tutored were Paul Newman and Robert Wagner for 1969’s Winning, Tom Cruise for 1990’s Days of Thunder, Nicolas Cage in 2000 for Gone in 60 Seconds and Christian Bale for 2019’s Ford v Ferrari. (The school counts more than 500,000 graduates from around the world.)

A website for the Bondurant School features photographs of Bondurant with those stars and such celebrity racing enthusiasts as Jay Leno, Clint Eastwood, David Crosby, Jimmy Kimmel, Tim Allen and Ludacris, among others.

Bondurant is survived by his wife Pat, the President and CEO of the Bondurant Racing School. Funeral services are scheduled for Saturday, Dec. 4, in Glendale, Arizona.