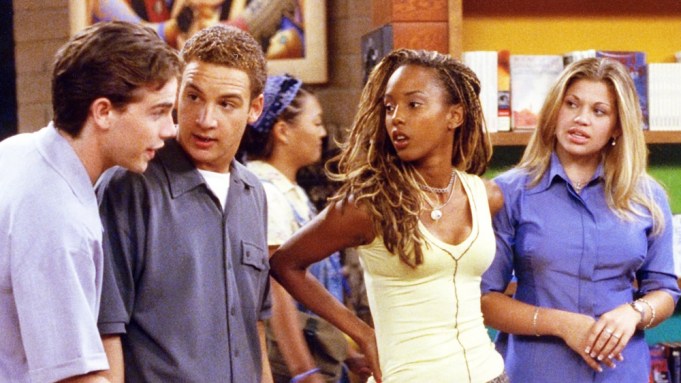 Trina McGee is opening up about what really happened in the series finale of Boy Meets World and why her character was missing from the episode.

McGee portrayed Angela Moore for the last three seasons of the ABC sitcom and during an appearance on the rewatch podcast Pod Meets World, she talked about why she was not in the last episode of the series.

“I was told, in kind of a weird off-handed way by a very important person that you guys all went to [showrunner] Michael Jacobs, and you said ‘We don’t want her in the last episode. She’s somehow taking our light.’ That was the gist of it,” McGee said.

McGee said that several of her family members suggested that the reason she was given an episode focused on Angela was to keep her “distracted” and off the episode “with the real ratings.”

Will Friedle denied that the cast went to Jacobs to ask to remove McGee from the finale. McGee then replied, “I believe you. I can tell by your reactions. I have had that in my head for so long, and I’ve never watched that show. I’ve always felt like, ugh… That hurt me a long time.”