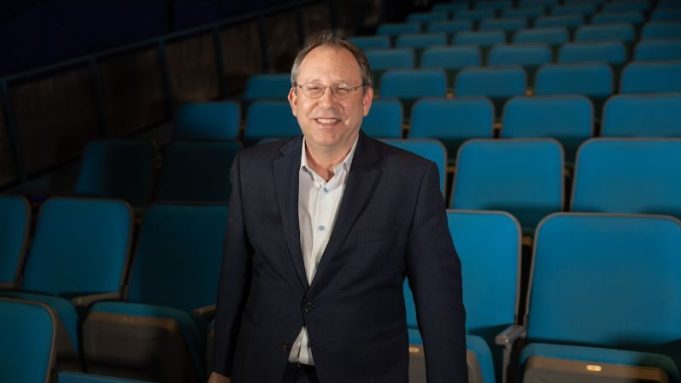 Carl Goodman is making his exit from Museum of the Moving Image — the New York cultural institution where he’s spent 34 years, most recently as Executive Director.

Goodman will step down from his post on March 3, then going on to assume the role of President and CEO of The Florida Holocaust Museum in St. Petersburg. MoMI’s Board of Trustees, led by Co-Chairs Ivan Lustig and Michael Barker, has formed a committee to begin the search for his replacement.

Goodman joined the Museum as an educator in 1989 and served in capacities including Curator of Digital Media and Senior Deputy Director before his appointment as Executive Director in 2011. His 12-year tenure in that role has seen the Museum achieve a three-fold increase in annual attendance following a major expansion and renovation. MoMi has also, under his leadership, secured millions in funding from government and individuals for capital projects. Most recently, with the support of New York State Senate Deputy Leader Michael Gianaris, $5 million in state funding was secured to advance its educational work in film, television, and digital media.

Goodman established multi-year, multi-million-dollar, privately funded new initiatives, including Marvels of Media, devoted to increasing representation of media-makers on the autism spectrum, and also oversaw the Museum’s acquisition of a major collection of puppets and other material from the family of Jim Henson. The creation of a new permanent gallery and exhibition devoted to Henson’s work followed, as well as the development of a traveling version of the exhibition, which continues to tour the country.

Also noteworthy was the fact that Goodman led the Museum through the pandemic period, as it adapted to fulfilling its mission in an online virtual environment from March 2020 through April 2021. The Museum partnered, during this period, with the New York Hall of Science and Rooftop Films to run the 200-car Queens Drive-In in Elmhurst, Queens, also mounting such major exhibitions as those devoted to AMC Networks’ Mad Men and The Walking Dead.

Goodman additionally served as Chair of the New York City Cultural Institutions Group, a coalition of 31 cultural organizations all housed in buildings owned by the City of New York, from 2016–17.

“It has been my distinct honor to work with such talented and hard-working colleagues, and to have had the backing of our Board of Trustees, to increase visibility of and support for MoMI, a spectacular museum devoted to the world’s most powerful form of expression,” said Goodman. “MoMI is in an excellent position to enter its new era.”

“With education at the core of everything the Museum does, Carl furthered the Museum’s commitment to digital media literacy, especially focused on New York City youth and students,” remarked Board of Trustees Co-Chair, Lustig. “Carl’s impact on the Museum is immense, and we look forward to building on the momentum created under his leadership.”

Board Co-Chair Barker added that “Museum of the Moving Image prospered under the leadership of Carl Goodman. His careful direction led us to expand the Museum’s reach, raise our profile in the film and media industries, and build on our ongoing commitment to education and community engagement. We look forward to expanding on his legacy as we usher in this new era of our institution.”

Based in Queens, Museum of the Moving Image aims to advance the understanding, enjoyment, and appreciation of the art, history, technique, and technology of film, television, and digital media. Throughout the year, it presents exhibitions; screenings of significant works; discussion programs featuring actors, directors, craftspeople, and business leaders; and education programs which serve more than 70,000 students each year, also housing a significant collection of moving-image artifacts.