Heading into Tuesday primetime, Fox’s live coverage of the UCLA-NC State Holiday Bowl was set to be the primetime winner. Instead CBS and its repeat showings of the FBI franchise took that title.

In the 8 p.m. hour FBI was the night’s most-watched program of the evening, earning 4.88 million viewers and a 0.3 rating in the 18-49 demo, per fast affiliates. While repeats don’t typically get a lot of love especially when live sports are on, it’s worth noting that holiday showdown between the UCLA Bruins and NC State’s Wolfpack fell through after the former pulled out of the San Diego game because of Covid-19-related issues. UCLA athletic director Martin Jarmond announced the withdrawal just hours before kick off.

The CW touted Popstar’s Best of 2021 (0.1, 0.34M), where host Elizabeth Stanton revisited some of 2021’s most memorable moments and trends. Following the retrospective were episodes of Masters of Illusion.

Wednesday will be similarly quiet with ABC opting for a marathon of The Wonder Years, CBS’ re-airing The Price is Right Celebrates 50 Years, NBC showing Chicago trio repeats and more. 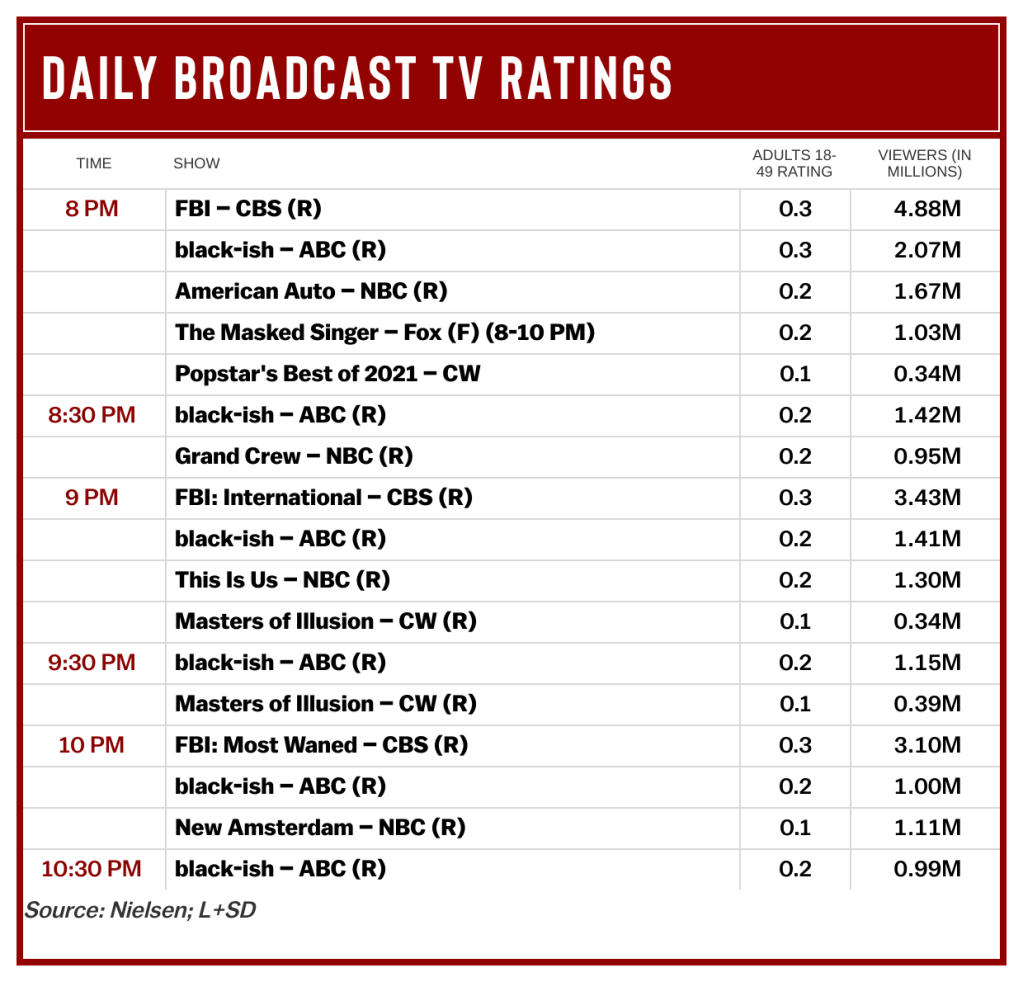