ABC took a look back at the past year with its two-hour retrospective The Year: 2021, which tied with multiple titles atop the primetime broadcast landscape Monday.

Anchored by Robin Roberts, The Year: 2021 earned a 0.3 rating in the 18-49 demographic and 2.41 million viewers, per Nielsen fast affiliates. The annual ABC special revisited some of the year’s most notable moments including vaccine distribution, modern space exploration and more. The special tied in demo rating with CBS’ The Neighborhood (0.3, 3.43M) and Bob Hearts Abishola (0.3, 2.83M) and NBC’s presentation of Trolls (0.3, 1.48M).

ABC won the final Monday primetime of the year with a repeat of Celebrity Wheel of Fortune (0.4, 3.66M), which won both the highest demo rating and viewership last night. The repeat showing preceded The Year: 2021.

Fox’s 9-1-1 and 9-1-1: Lone Star repeats were steady throughout the night, while the CW’s reruns of Whose Line Is It Anyway? and Penn & Teller: Fool Us brought in a higher demo rating than the night before.

Tuesday’s primetime will feature a Black-ish marathon on ABC, repeats of the FBI franchise on CBS, previews of American Auto and Grand Crew and more on NBC. The CW will spice things up with Popstar’s Best of 2021, as will Fox with live coverage of the Holiday Bowl pitting UCLA against North Carolina State. 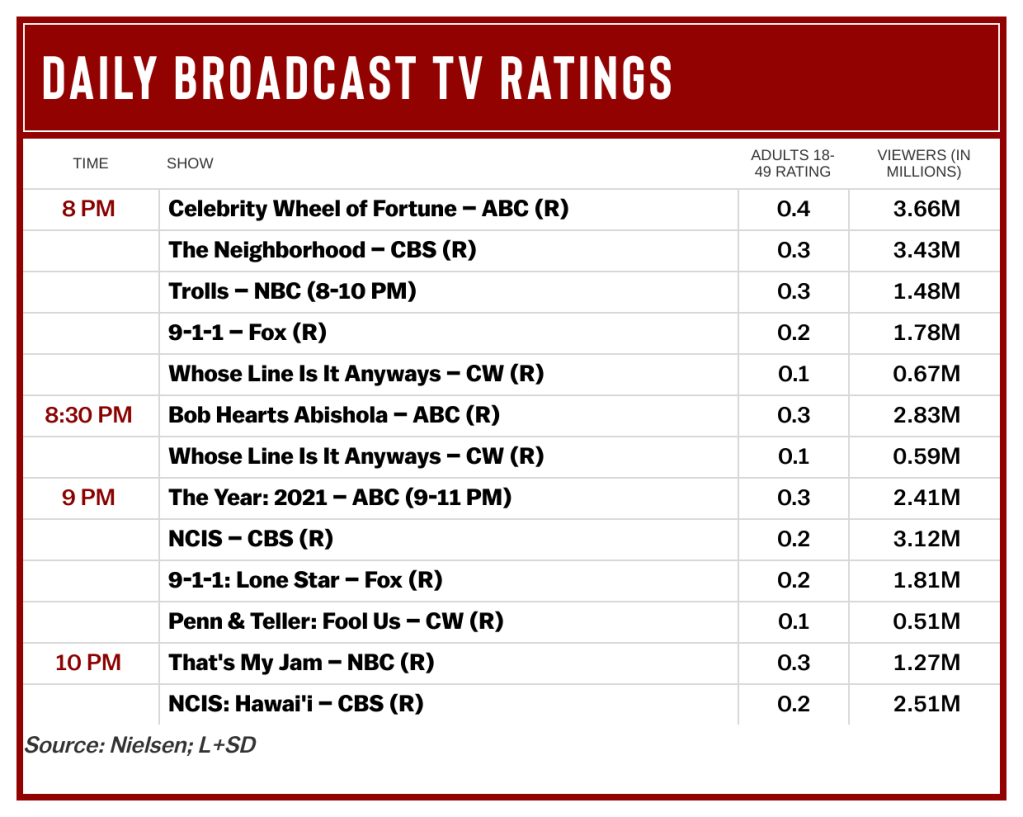