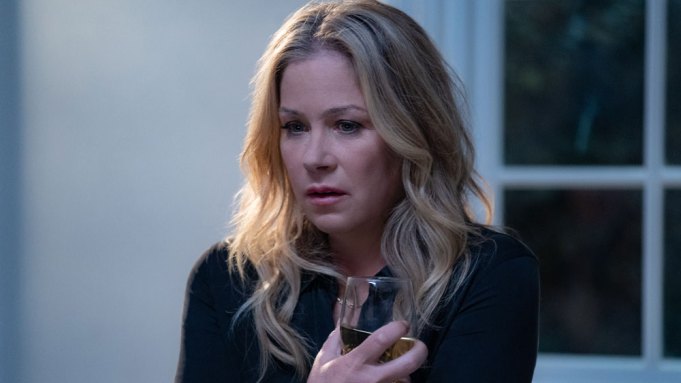 Christina Applegate was diagnosed with multiple sclerosis during the filming of the third and final season of Dead to Me back in 2021. The Netflix show took a pause for about five months and the star is now recalling how she felt during that time.

“There was the sense of, ‘Well, let’s get her some medicine so she can get better,’” Applegate told the New York Times in an interview. “And there is no better. But it was good for me. I needed to process my loss of my life, my loss of that part of me. So I needed that time.”

Applegate also revealed that during the first season of filming the show she had experienced balance and mobility issues and she wishes she “had paid attention” but didn’t know at the time. The Jesse alum said that she “had an obligation” to her co-star Linda Cardellini and the show’s creator Liz Feldman to continue the show.

Throughout the whole process, Cardellini was supportive of Applegate who she calls her “champion, warrior and voice.”

Applegate also said that she had put on 40 pounds and “can’t walk without a cane” but hopes people are able to overlook her physical appearance.

“If people hate it, if people love it, if all they can concentrate on is, ‘Ooh, look at the cripple,’ that’s not up to me,” she said. “I’m sure that people are going to be, like, ‘I can’t get past it,’” she said. “Fine, don’t get past it, then. But hopefully, people can get past it and just enjoy the ride and say goodbye to these two girls.”

Dead to Me Season 3 premieres November 17 on Netflix.