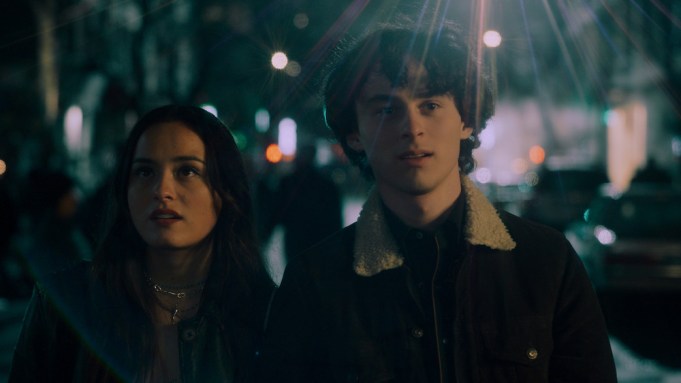 In Apple TV+’s City on Fire, which hails from executive producers and showrunners Josh Schwartz and Stephanie Savage, a suburban teenager must unravel the mystery of his friend’s murder after she’s shot in Central Park on Fourth of July in 2003.

The series, which is set for a May 12 premiere, is based on the novel of the same name that takes place in 1970s New York — a time of severe financial crisis and widespread panic in the city due to a string of shootings (known as the Son of Sam murders). The show jumps forward in time to another period of uncertainty in New York post-9/11.

“We felt like, while a fascinating period, [that era is] well trodden territory. We were really interested in that post-9/11, Occupy Wall Street [era] in New York. Obviously, the book culminates in the blackout of ’77. There was a massive blackout in 2003. So creatively, that storyline lined up. But also thematically, 1977 was a time when people weren’t sure that our city was going to survive. Post-9/11 New York, people had the same concerns, the same fears,” Schwartz said during AppleTV+’s Television Critics Association panel on Wednesday.

Despite the time difference, the story remains largely the same. Samantha (played by Chase Sui Wonders) is alone when she dies, and there are no witnesses and very little physical evidence. Her friends’ band is playing her favorite downtown club but she leaves to meet someone, promising to return. She never does. As the crime against Samantha is investigated, she’s revealed to be the crucial connection between a series of mysterious citywide fires, the downtown music scene, and a wealthy uptown real estate family fraying under the strain of the many secrets they keep.

Wyatt Oleff plays Charlie, a friend of Samantha’s who is struggling to cope with the death of his father on 9/11 two years earlier. After she is shot, he stops at nothing to uncover the mystery of what happened.

The punk scene in downtown New York plays a huge part in the novel, and luckily the early aughts were another palpable time for music in the city, as Schwartz explained. “That’s when rock and roll got reinvented or saved, however you want to put it, in the downtown New York music scene. A lot of those artists are featured in the show, and we have a fictional band in the show…which was an endeavor to create the best band from the early aughts you’ve never heard before.”