C’mon C’mon from A24 turned in the best per-screen average for a limited platform release since Covid at five theater in New York and LA as stellar critical response was met by strong exit polls ahead of a wider rollout into top markets over Thanksgiving and continued expansion thereafter.

The Mike Mills’ awards contender led by Phoenix and newcomer Woody Norman posted a PSA of $26,889, grossing $134,447. It was the distributor’s first attempt at a platform release since First Cow early last March into the teeth of Covid. Per screen numbers aren’t apples to apples — Wes Anderson’s The French Dispatch did about $25K in ten times the locations (52) when it opened Oct. 22. But this is another twinkle in a sluggish specialty market whose key older demos are slow to return to theaters. That reluctance coupled with (exacerbated by?) early availability on streaming/on demand saw many distributors ditching slower platform rollouts that relying on word of mouth and are traditional to specialty releasing.

Some 65-70% of the audience for C’mon C’mon was under 34. But even with Best Actor Oscar-winning Joker star Joaquin Phoenix headlining, it’s the core older arthouse demo that will ultimately need to be the real evangelists for the film.

The hope is C’mon C’mon, plus solid holdovers including Kenneth Branagh’s Belfast, and some notables incoming will make for the widest selection in cinemas since the pandemic hit and entice an audience that’s progressively older into seats. 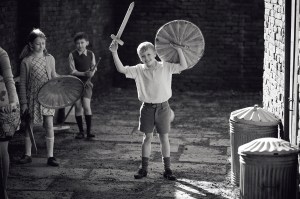 Elsewhere in specialty: Neon opened The First Wave from National Geographic and Participant in 11 theaters to a debut of $68,115 for a PTA of $6,192. With exclusive access inside one of NYC’s hardest hit hospital systems during the terrifying first four months of the pandemic, the doc by director Matthew Heineman spotlights the everyday heroes at the epicenter of Covid.

and investments promoting the health and wellbeing of U.S. healthcare workers and to elevate their needs as a top priority for lawmakers, funders and other decisionmakers. A Neon and Participant grassroots campaign is engaging on health equity and encouraged first responders to see the film opening weekend. Northwell Health, one of the hospital networks featured in The First Wave, is hosting a virtual screenings of the doc for its 70K+ employees.

Heineman was given extraordinary access to Long Island Jewish Medical Center in Queens, the hardest-hit hospital during the key months of the Covid outbreak in March to June 2020 in New York City, the epicenter of the outbreak in the U.S at the time.

IFC Films opened Kurt Vonnegut: Unstuck In Time, which grossed an estimated $30,000 on 68 screens. It was released in theaters and on demand on the heels of a DOC NYC premiere and Kurt Vonnegut’s 99th birthday. The film by Robert B. Weide and Don Argott charted within the top 10 independent films and top five documentaries on iTunes.

Focus Features’ Last Night In Soho from Edgar Wright, in week four, took in an estimated $215K in 389 theaters for a cume of nearly $9.5M