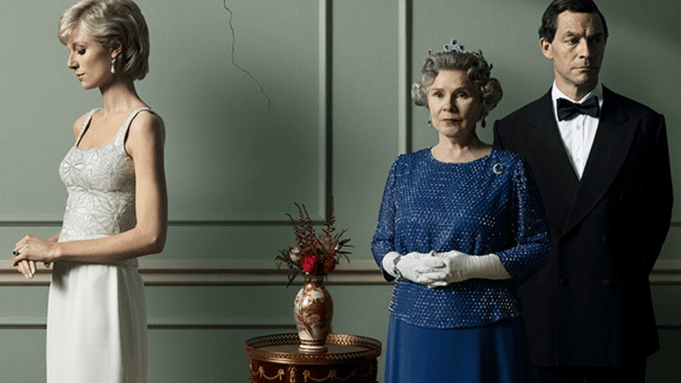 UK former premier Tony Blair has added his voice to those saying The Crown is using the fifth season to present events in the 1990s on screen as real, when in fact they have been invented.

Tony Blair was the country’s prime minister in the summer months of 1997 leading up to the death of Princess Diana. In the forthcoming season, he is seen holding a meeting with the then Prince of Wales – now King Charles – shortly after his May 1997 election, in which the heir to the throne is seen seeking to pave the way to marry his then secret companion Camilla, now Queen Consort.

Blair’s spokesperson told the UK’s Daily Telegraph: “It should come as no surprise that this is complete and utter rubbish.”

Blair’s predecessor at 10 Downing Street John Major, who was charged with announcing the separation of the Prince and Princess of Wales in the Houses of Parliament in 1992, had previously said a scene in which Charles sought Major’s counsel and support in bringing his reign forward, through the abdication of his mother Queen Elizabeth, was also fabricated.

This weekend, he went further in a letter to the Telegraph, saying:

“It will be profoundly hurtful to a family who are still grieving for the very person on whose life the entire drama was founded.

“Netflix may well take the view that any publicity is good publicity. But I assure them it is not – most especially when it disrespects the memory of those no longer alive, or puts words into the mouths of those still living and in no position to defend themselves.

“Fiction should not be paraded as fact.

“I gather Netflix continues to refuse to put out a disclaimer at the top of the opening credits, on the basis that ‘everyone knows this is a drama series’. But this is simply not good enough. If everyone knows, why not acknowledge that?

“Without such action, many millions – around the world – could still be influenced by a damaging and fictional script, which claims ‘authority’ by being interspersed with historical fact.

“Entertainment is a great and glorious industry that brings enormous pleasure to many millions. Netflix should not demean it with portrayals which are both injurious and untrue.”

Last month, following criticism from other public figures including Dame Judi Dench, Netflix added a disclaimer to its YouTube trailer for the fifth season, saying the production was a “fictional dramatisation” and “inspired by real events”.

The Crown’s fifth season arrives this week on Netflix. The sixth and final season is currently being filmed.