On Tuesday, the United States recorded 512,553 daily new cases, according to Johns Hopkins University. That is, by far, the single highest daily case number recorded during the entire Covid-19 pandemic. University data indicates that the previous high was 294,015 on January 8, 2021. 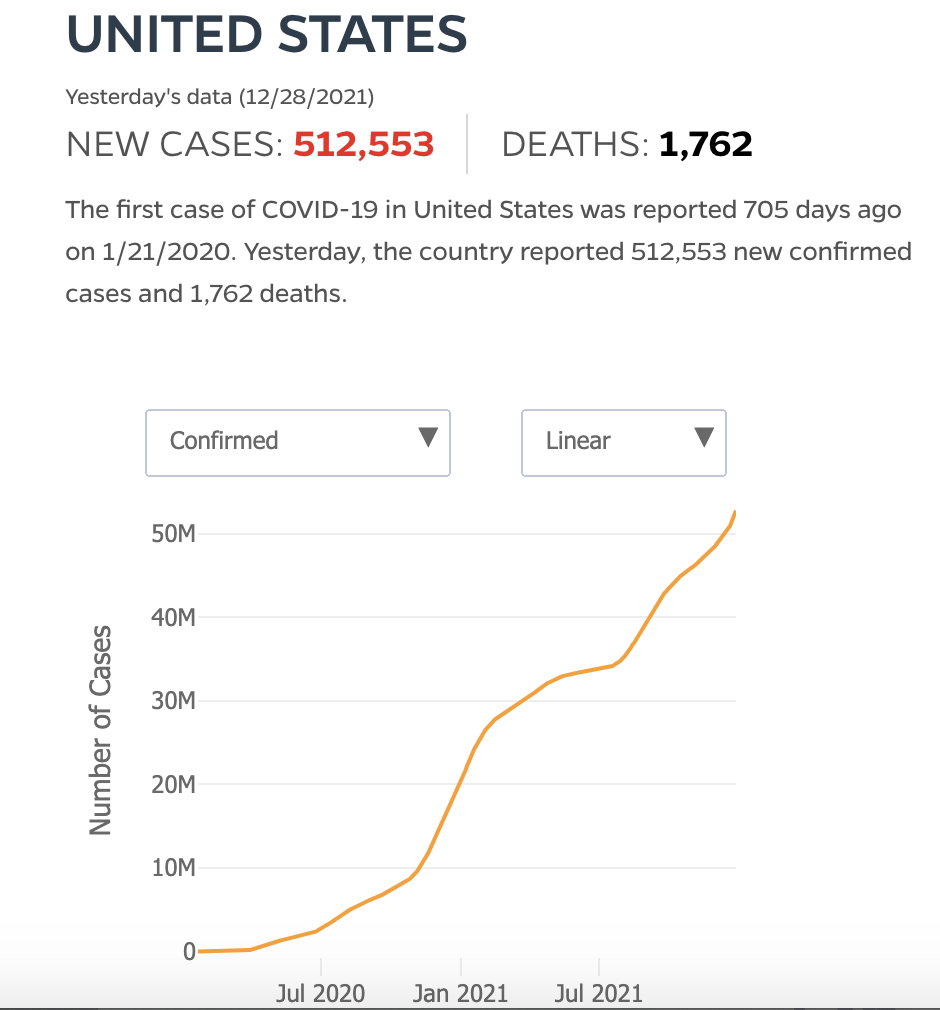 One mitigating factor is the Christmas weekend. May testing centers were likely closed over the holiday, meaning some test results that would have been recorded during that period likely rolled over to Monday and today.

But even a measure that accounts for reporting ups and downs, the seven-day average of new daily cases, published by The Washington Post today was a record. The 253,245 cases as of Tuesday afternoon eclipsed the previous 7-day average daily high of 248,209. That was on January 12.

California, the nation’s most populous state, also blasted past its all-time daily record, hitting 86,634 new cases today. That number tops the 60,107 the state saw on January 4 of this year. Again, there were likely reporting delays in the Golden State due to the holiday, but the state usually combines weekend numbers with Monday’s cases, so Tuesday’s number is usually less impacted.

A more trusted data point, the 7-day average test positivity, moved from 3.4% seven days ago to 9.7% today. That’s a 182% increase in one week, a very steep trend line for a number that is both an average and a percentage unaffected by total number of tests.

California is not alone.