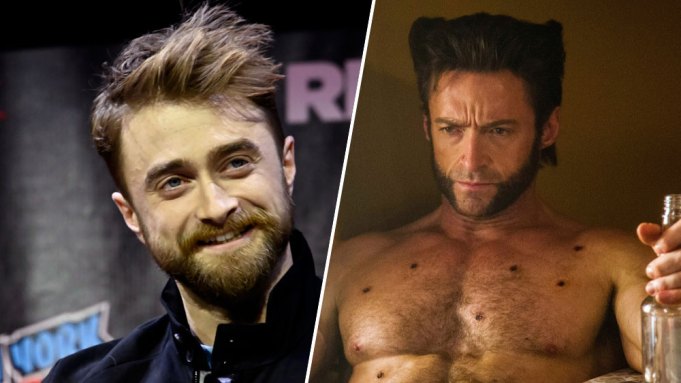 Daniel Radcliffe has done a lot of work to shed his days as the hero in the Harry Potter film franchise. Even though rumors pointed to him succeeding Hugh Jackman as the next Wolverine in the X-Men movie franchise, the English actor is debunking all those claims.

“It’s purely a press tour rumor; I say something, and then occasionally I get bored of answering that way so I say something different, and that sets it off again. I should just never open my mouth,” he recently told GQ in an interview.

Being easily identifiable by a role is something Radcliffe knows can be difficult to shake off and that’s why he says he doesn’t “ever want to get locked into something that I am not sure I will be able to love the same amount the whole time.”

Earlier this year and while appearing on The View, co-host Ana Navarro asked Radcliffe about the rumors he was next to play Wolverine, something that he denied.

“This is something that comes up every so often, I think because in the comics Wolverine is short, so every so often they’re like, ‘Who’s a short actor?’ There’s never been any actual truth to it,” he said on the ABC talk show. “Every so often I get bored of answering the questions sensibly, so I just make a joke like I did the other day and that sort of has reignited the rumors of it, but there’s nothing going on.”

The only thing that is certain, is that for now, Wolverine will be continued to be portrayed by Jackman. In September of this year, Jackman confirmed he would be reprising his role as Wolverine for Deadpool 3 which is expected to be released on November 8, 2024.