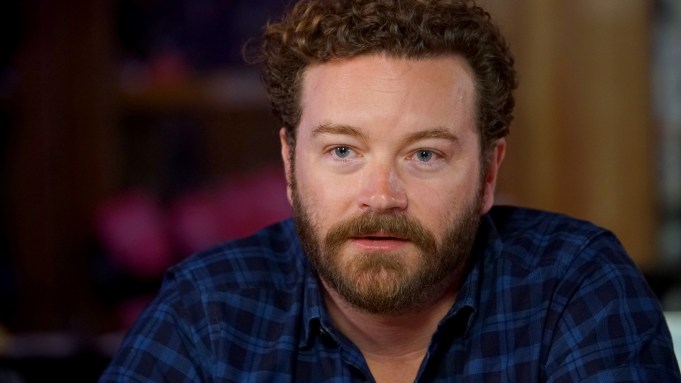 (Updated with more testimony, 12:10 PM) The final day of the first full week of testimony in Danny Masterson’s multiple rape trial Friday may have started a bit later than usual, but things got fiery pretty quick.

Almost predictable in its frequency in the early days of the downtown Los Angeles trial, the jury was asked to leave Los Angeles Superior Court Judge Charlene Olmedo’s courtroom soon after the day began as sparks flew again between witness Jane Doe #1 and defense attorney Philip Cohen during the continuing cross-examination.

“Things seem to be a bit heated or emotional between the witness and Mr. Cohen,” Olmedo said to those remaining in the court, including Masterson himself. “There is a tone … that not just borders on argumentative, but is incredibly condescending.”

“I’m not sure that’s the persona you want to bring to this jury,” Olmedo cautioned Cohen before bringing witness Jane Doe #1/Jen B and the panel back into the room. Once Jen B returned to the witness box, Olmedo asked her to limit her answers to the questions put to her and not add extemporaneous statements.

Before the court took its morning break, Cohen concluded his cross-examination and L.A. Assistant District Attorney Reinhold Mueller began his redirect. In that line of questioning, the prosecutor went back to the 2002 sexual encounter between Masterson and Jen B and why she once viewed the anal-sex portion of the incident as non-consensual and the vaginal penetration as consensual.

“I had sex vaginally before, but I had never, I was terrified or … and I believed at the time that our faith prohibited that, the second one,” responded Jeb B, a former Scientologist, referring to the latter element of the encounter in the master bedroom of then fellow-Scientologist Masterson.

In that context, Mueller asked why she changed her mind, picking up the implied thread the defense had put out there that Jen B altered her perspective on the matter of consent with the D.A.’s office and the police. With her voice sounding shaky, the witness replied that in 2018 she began to have a different point of view about whether or not the first sexual encounter between herself and Masterson in 2002 was consensual. She now believes that the 2002 encounter overall was non-consensual.

Throughout the past few days, the defense has been strenuously trying to keep all and any mention of Scientology out of this case. But later in this morning’s proceedings, the head of the church David Miscavige and Celebrity Centre boss Susan Watson both came up as Jen B admitted she omitted any mention of them in her interview with police.

“I thought I wouldn’t get in as much trouble going to the police,” the witness said of keeping the Scientology executives out of any official documentation with the LAPD and others. “I thought I could report the crime and keep my family,” she added, part of her desire to not be excluded from the church she had grown up in.

The witness did not attribute any direct backlash from Miscavige and Watson for reporting the alleged rapes to the police. Asked whether if she feared anyone today amid her testimony, Jen B stated of Masterson, “His people and his faith, Scientology.” She also said she was afraid for her three children.

Masterson was arrested in Los Angeles in June 2020 on three counts of forcible rape. First reported to the police in 2004, the alleged assaults to multiple women occurred in the actor’s Hollywood Hills home between 2001 and 2003. Out on $3.3 million bail for the past two years and fighting a temporarily halted civil trial from the alleged victims and others, Masterson is looking at a possible maximum sentence of 45 years to life in state prison if found guilty.

Ejected from Netflix’s Ashton Kutcher co-starring comedy The Ranch at the end of 2017 as the rape claims became known, the That ’70s Show star has always said he did not have nonconsensual sex.

With Scientology as co-defendant in the background of this civil trial, which is scheduled to run to late November, the church this week sought to be permitted to file motions in the second civil trial, filed in 2019 alleging the church harassed, stalked and intimidated Masterson’s alleged victims and others after they went public with . The latest move comes after the church recently struck out in its attempt to have the Supreme Court potentially stop the former members from taking the group to court over being repeatedly harassed, stalked and intimidated after going public with their Masterson claims. Scientology wants that suit tossed due to the “religious arbitration” clause in the contract its members supposedly have to sign upon joining.

Earlier this year, California’s Court of Appeal overturned a lower court decision in the church’s favor on a First Amendment basis.

Earlier today, the court heard from Jen B that she was “very upset” when she finally saw the 2004 LAPD report over 10 years later. “It was marked an injury report, not a rape,” the witness said of what she read in 2017. Jen B also stated that the report in question by LAPD Detective Alexander Schlegel had dates of the assault and other key details in the document incorrect, including omitting that Masterson brandished a gun in his bedroom in the 2003 incident. In 2017, Mueller recommended Jen B reach out to the detective in charge of the case with corrections.

“I think the problem you are having is you have your dates and assumptions wrong,” Jen B rebuked Cohen, as multiple LAPD reports seem to be partially confused in the lawyer’s queries.