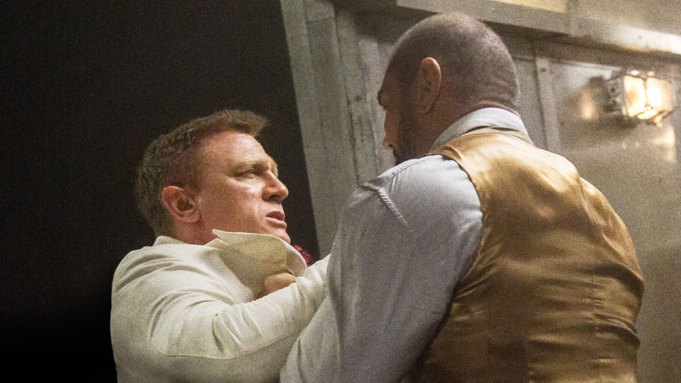 Dave Bautista was able to see a different side of Daniel Craig while working on Glass Onion: A Knives Out Mystery than when they filmed 2015’s Spectre. The Guardians of the Galaxy actor is reflecting on how he perceived Craig in the James Bond role versus his role as Benoit Blanc.

“He was really put through it on Bond,” Bautista told Entertainment Weekly in an interview. “You could feel that he was under a lot of pressure. He didn’t seem like the happiest person on Bond, but on Glass Onion, it was the complete opposite.”

Bautista said that Craig “was just so much fun and he was always smiling and happy and interacted a lot more” while filming the Rian Johnson-directed movie.

“On Spectre, there wasn’t a whole lot of interaction with the whole cast. But Glass Onion was the complete opposite. We were always together. So I got to know him better as a person and actually see him do his thing,” Bautista added.

Glass Onion: A Knives Out Mystery is the sequel to Knives Out that follows Detective Benoit Blanc as he travels to Greece “to peel back the layers of a mystery involving a new cast of colorful suspects.”

Glass Onion: A Knives Out Mystery will have a one-week theatrical engagement starting November 23 and will drop on Netflix on December 23.