EXCLUSIVE: Max Thieriot will be working very hard for the next year. He is the star and executive producer of CBS/CBS Studios’ drama Fire Country, which was picked up to series yesterday. Thieriot also is one of the stars of CBS Studios’ former CBS drama series SEAL Team which now streams on Paramount+. 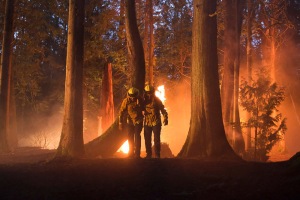 When Thieriot closed a deal to headline the Fire Country pilot (fka Cal Fire) in February, Paramount+ had just renewed SEAL Team for Season 6. At the time, Thieriot was the only main cast member who did not have a modified-for-streaming Season 6 deal, and his existing option had not been picked up by CBS Studios yet as everyone was waiting to see what happened with Fire Country, a passion project for Thieriot.

I hear that since then, Thieriot has closed a deal for Season 6 of SEAL Team, which is slated to begin production soon. After wrapping the military drama, Thieriot is expected to segue to Fire Country as it starts filming its first season. The one-year arrangement applies to the upcoming sixth season of SEAL Team; it is unclear yet what will happen beyond that with him and the rest of the cast whose contracts are up then.

The new SEAL Team deal eliminates the uncertainty, which prompted the Season 5 finale to end in a cliffhanger for Thieriot’s character Clay Spense. On the way back to Mali, Clay (Thieriot) tells Jason (David Boreanaz) that this would be his last mission with Bravo for a while, saying that he’s transferring to the Green Team so he can spend more time with Stella (Alona Tal) and his newborn son, Brian. When they’re back on the ground in Mali, Bravo is ambushed, trapped and under fire, and Clay appears to be hit with shrapnel to an eye, footage that is intertwined in a montage with Stella’s baby shower.

Fire Country, from Jerry Bruckheimer Television and CBS Studios, is inspired by Thieriot’s experiences growing up in Northern California fire country and stems from an original idea by the actor, who also co-penned the story for the pilot with its writers, Tony Phelan and Joan Rater.