UPDATE, writethru: Warner Bros/Legendary’s Dune has surpassed expectations, harvesting $36.8M at the international box office from just 24 markets in early release. The Denis Villeneuve-directed sci-fi epic was the top movie overseas this weekend, coming in with No. 1s in virtually all openings. In like–for-likes and at today’s rates, Dune is tracking 4% ahead of Tenet, 33% ahead of Black Widow, 52% ahead of Blade Runner 2049, 58% above Shang-Chi And The Legend Of The Ten Rings and 80% ahead of Godzilla Vs Kong.

IMAX delivered a fantastic $3.6M from 142 screens representing roughly 10% of the total weekend and a $25K per-screen average. The Timothée Chalamet-starrer demolished pandemic-era box office records for the network in 10 markets including Russia, France, Belgium, Denmark, Germany, Norway, Sweden and Ukraine, as well as Hong Kong and Singapore. The film features over an hour of expanded aspect ratio exclusive to IMAX screens.

Social and critical scores are great in Europe and Dune is now 90% Fresh on Rotten Tomatoes. Most reviews encourage moviegoers to see the movie on the big screen as it was intended. At the Venice Film Festival, Villeneuve said Dune “has been dreamed, designed, and shot thinking about IMAX. When you watch this movie on the big screen, it’s almost a physical experience.”

Overall, this is a great result for the adaptation of Frank Herbert’s world-building 1965 classic novel — and this is only the beginning. Industry projections had Dune seeing a $20M+ launch.

Why were projections only in the mid-$20Ms? Pandemic concerns aside, it wasn’t clear if this would be a rush-out for fans of the book, or even the the byzantine 1984 fiasco made by David Lynch. However, weekend growth demonstrates the film is playing broadly.

In France ($7.5M), for example, the Friday to Saturday jump was 108% in terms of admissions. We hear that there were 30%-50% increases across most markets. Germany ($4.9M) was the sole hub this weekend that did not overperform, though it dominated 57% of the Top 5 titles and is tracking well above comps.

In Russia ($7.6M), Dune is duking it out with It: Chapter Two to become the biggest September opening ever in the market which, for the most part, has 50% capacity restrictions. 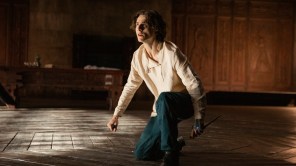 France scored the second highest opening of 2021 only behind F9 and the biggest WB opening since the beginning of the pandemic. Italy ($2.6M), boosted by the attention from the Lido world premiere, captured a 62% share of the Top 5 films and is the best opening weekend since March of 2020 for an international title. Spain ($2.2M) took 66% of the Top 5 and is besting all comps. The Scandinavian markets were all at or over $1M.

So where does the House of Atreides go from here? Warners set out a savvy international strategy to hit Europe first — after Venice, Dune moved to Paris for a special event screening at the Grand Rex cinema and a showing at the Deauville American Film Festival. This is a key region for the movie and gets it out in front of James Bond (which starts rollout on September 29) and picking up in the Middle East next weekend where there are a lot of premium screens. Then, 007 comes along and Dune will bide its time for two weeks until hitting the UK, Korea and others the weekend of October 20. Domestic opens October 22, day-and-date with HBO Max and also day-and-date with China. For now, piracy is less of a concern because those pristine copies only hit the market when a film is on a legitimate streaming platform. Australia, given the state of cinema closures there, is currently dated December 2. 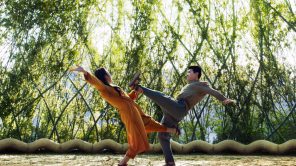 Meanwhile, Disney/Marvel’s Shang-Chi And The Legend Of The Ten Rings led global play with $42M in the third session. Of that, $20.3M comes from 43 material offshore markets. The total international cume is now $143.7M for $320.6M global ($24.5M IMAX). The worldwide figure makes Shang-Chi the No. 4 biggest Hollywood title of 2021. It held No. 1s in Australia, Brazil, Mexico and the UK among others this frame. The total overseas drop was 44%.

The UK leads all play on Shang-Chi with $21.8M, followed by Korea ($12.6M), France ($9.2M), Russia ($7.6M) and Japan ($7M). There is still no word of a China date — given the recent confirmation that both Dune and James Bond pic No Time To Die are releasing there in late October, it remains dubious if Shang-Chi will be approved. 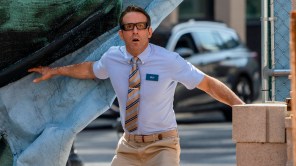 Also from Disney, 20th Century Studios’ Free Guy continues to enjoy a strong run in China having grossed $85.6M after 24 days — it is the third highest-grossing Hollywood movie in the market since cinemas reopened. It lagged some local titles in the market this session with Cloudy Mountain taking the lead at about $19M ($800K from IMAX). The full offshore weekend on Free Guy was $8.4M for a $189.7M intnernational cume. Globally, the Ryan Reynolds-starrer is about to cross $300M, currently sitting at $298.3M. Of that, $21M is from IMAX.

Setting a new milestone, Paramount’s Paw Patrol: The Movie crossed $100M worldwide with $103.2M to date. It dropped just 35% internationally as it continues to scamper along nicely overseas. The weekend was good for $5.6M across 55 markets bringing the offshore cume to $66.1M. New openings included Australia at No. 3 with $709K at 148 locations. The UK has cumed $10.4M to date, with France at $9.8M and Germany at $9.4M. Italy releases next week.

Overall, next weekend sees no major new studio offerings while Dune continues international play ahead of the No Time To Die release the following week.

In terms of Covid’s impact on offshore play, 60% of Australia is still closed; 93% of Japan is affected by full or semi states of emergency, meaning restricted hours and capacities; Korea is still at Level 4 and South East Asia is still largely closed, although Malaysia and part of Indonesia have reopened. 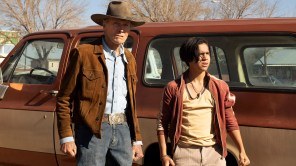