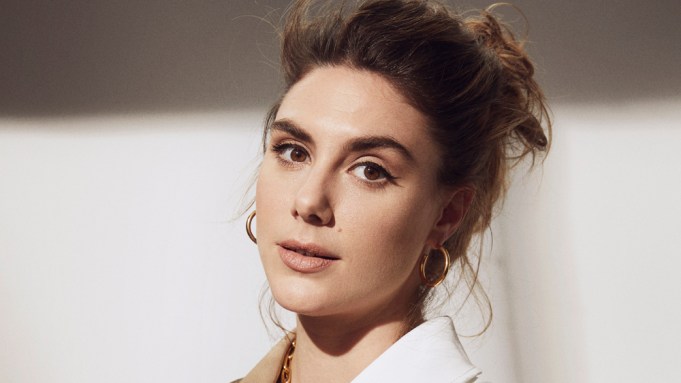 Described as a propulsive, music-soaked coming-of-age story, Open Book, written by Kapinos, follows pop star Sadie Sparrow’s (Tarver) rise from ingenue to mogul, introducing us to the family, friends, and lovers she collects along the way. Touching on themes of love, friendship, family and sisterhood, relationships, soul connections, Hollywood and the music business, Sadie ultimately comes to embrace herself and the fact that her heart inevitably wants what it wants at every stage of life.

Saurel plays Kat. Dark and cynical with a dry wit and unique wisdom, Kat is Sadie’s older sister and the “black sheep” of the family.

John Stamos also stars in the pilot and will recur if it is picked up to series. Series regular cast also includes Gillian Vigman.

Saurel can currently be seen in a recurring role on the second season of BBC/HBO’s Industry. Her other recent credits include Around the World in Eighty Days with David Tennant, as well as featured roles in The Batman and in the upcoming Indiana Jones 5, opposite Harrison Ford. She also stars in ITV’s Buffering and in the second season of Killing Eve. Saurel is repped by Authentic Talent & Literary Management, Hatch in the UK and Brecheen Feldman Breimer Silver Thompson.