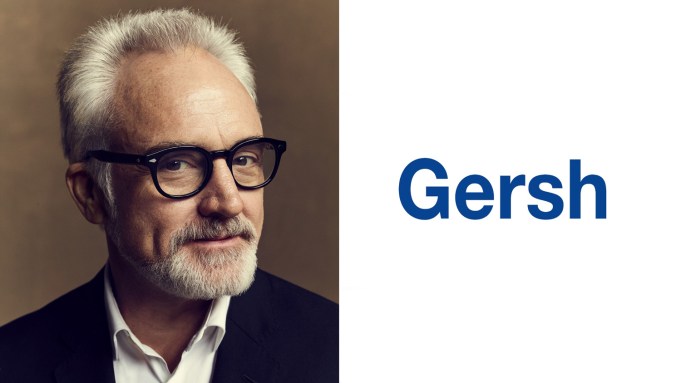 Whitford received his most recent Emmy award in 2019 for Outstanding Guest Actor in a Drama Series for his role as Commander Lawrence in the MGM/Hulu series, The Handmaid’s Tale. He received two subsequent nominations for Outstanding Supporting Actor in the series, which is entering its sixth and final season. He also made his directorial debut on the series this season with the penultimate episode, “Allegiance.”

Whitford will next appear in AMC’s upcoming limited series, Parish, a remake of the British drama series, opposite Giancarlo Esposito. It centers on a taxi driver whose life is turned upside down when he agrees to pick-up a Zimbabwean gangster mostly known for exploiting undocumented immigrants at the U.S. southern ports.

On the feature side, Whitford was recently seen in 20th/Hulu film, Rosaline, a comedic retelling of Shakespeare’s Romeo and Juliet. He will next appear in the independent film, I’ll Be Right There, starring opposite Edie Falco. He is also known for his work in the Oscar-nominated films Get Out, The Post, and Lin-Manuel Miranda’s tick, tick… BOOM! Whitford also produced the documentary, Not Going Quietly, about the life of activist Ady Barkan, who suffers from ALS. Other notable film credits include Warner Bros’ Godzilla: King of the Monsters, Disney’s Saving Mr. Banks, and HBO’s Lyndon B. Johnson biopic, All The Way, among others.

Whitford is also known for his portrayal of the sarcastic yet vulnerable, “Josh Lyman,” on NBC’s The West Wing, which earned him a 2001 Emmy Award as well as Golden Globe Award nominations in 2001 and 2002. He won his second Emmy in 2015 for Outstanding Guest Actor in a Comedy Series for Amazon’s Transparent.