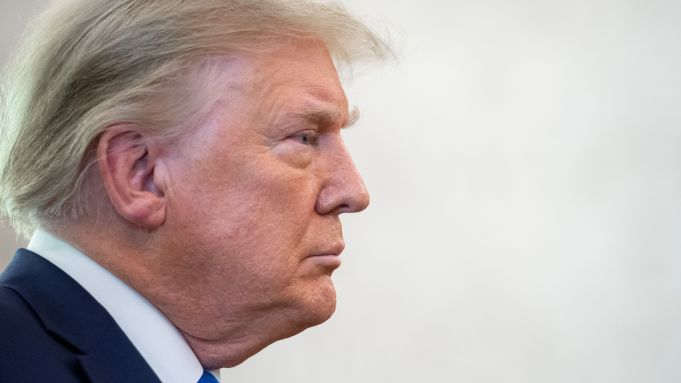 Meta said on Wednesday that it would reinstate the Facebook and Instagram accounts of former President Donald Trump, two years after he was suspended.

The social media giant made clear that Trump would have to abide by the platforms’ rules.

“The normal state of affairs is that the public should be able to hear from a former President of the United States, and a declared candidate for that office again, on our platforms,” Nick Clegg, Meta’s president of global affairs, said in a blog post. “Now that the time period of the suspension has elapsed, the question is not whether we choose to reinstate Mr. Trump’s accounts, but whether there remain such extraordinary circumstances that extending the suspension beyond the original two-year period is justified.”

Trump was suspended from Facebook and Instagram following his praise for those involved in the January 6, 2021 attack on the Capitol. The Facebook Oversight Board upheld the decision, but was critical of the open-ended nature of the suspension. Meta then put a two-year timeline on the suspension, while further spelling out when public figures could have their accounts restricted during times of violence and civil unrest. Also established was a protocol to respond more quickly during a crisis.

Clegg wrote that they evaluated the risk to public safety and the current security environment and determined that “the risk has sufficiently receded.”

“As such, we will be reinstating Mr. Trump’s Facebook and Instagram accounts in the coming weeks. However, we are doing so with new guardrails in place to deter repeat offenses,” Clegg wrote.

The Meta announcement follows Twitter’s decision to reinstate Trump’s account under new owner Elon Musk. Trump, though, has yet to tweet from the account, as he started his own social media platform, Truth Social. Axios first reported on the Facebook and Instagram reinstatements.

Clegg wrote that Trump faces heightened penalties for any offenses. “In the event that Mr. Trump posts further violating content, the content will be removed and he will be suspended for between one month and two years, depending on the severity of the violation,” he wrote. Trump also could have other restrictions for posting content that does not violate Facebook or Instagram’s community standards but “contributes to the sort of risk that materialized on January 6, such as content that delegitimizes an upcoming election or is related to QAnon.” Such sanctions could include limits on the distribution of posts or access to advertising tools.

“Many people believe that companies like Meta should remove much more content than we currently do,” Clegg wrote. “Others argue that our current policies already make us overbearing censors. The fact is people will always say all kinds of things on the internet. We default to letting people speak, even when what they have to say is distasteful or factually wrong.”

Trump often has been posting several times a day on Truth Social, but it has not gotten nearly the reach of major platforms. He has continued to post his unfounded claim that the 2020 election was rigged, while blasting the legitimacy of a spate of investigations for his role in inciting the attack on the Capitol.

He posted on Truth Social about the Facebook decision. “FACEBOOK, which has lost Billions of Dollars in value since ‘deplatforming’ your favorite President, me, has just announced that they are reinstating my account,” he wrote. “Such a thing should never again happen to a sitting President, or anybody else who is not deserving of retribution! THANK YOU TO TRUTH SOCIAL FOR DOING SUCH AN INCREDIBLE JOB. YOUR GROWTH IS OUTSTANDING, AND FUTURE UNLIMITED!!!”

Trump’s agreement with Truth Social is that he is “generally obligated” to post there and may not repost on another social media site for six hours. But he may post from any social media site at any time if the content is related to “political messaging, political fundraising or get-out-the-vote efforts,” according to a filing last year with the SEC.

The Meta Oversight Board did not have a role in the decision, the board said in a blog post. While noting that the company has made “significant progress on implementing necessary and proportionate penalties across a range of violation severities,” it also called for the company provide additional details on its updated policies and to be transparent about how it determines if allowed content still poses “a risk of offline harm.”