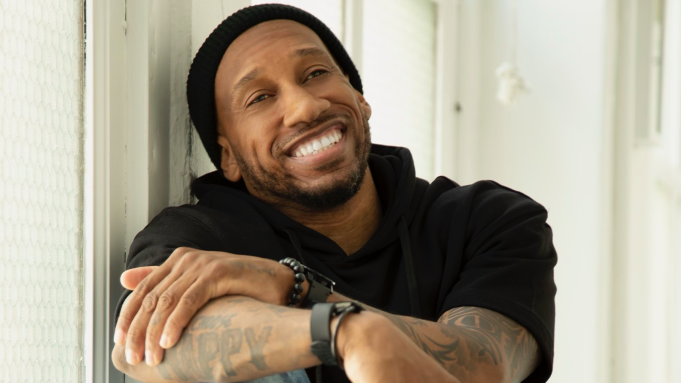 Cedric the Entertainer and Malik Sanon on ‘The Neighborhood’

In The Hilsons, Written by Sanon, a mother and her two adult sons thought they knew each other until they are forced to live under the same roof for the first time in more than twenty years and discover they have all been keeping secrets from one another. Now, this seemingly loving family must learn to live together again and accept each other for who they are, and not who they were pretending to be.

Sanon executive produces with Aaron Kaplan and Melanie Frankel for Kapital, Wendi Trilling for her TrillTV, Cedric the Entertainer and Eric Rhone for A Bird and A Bear Entertainment and Peter Principato and Kevin Parker for Artists First. Kevin Marco oversees for Kapital. CBS Studios is the studio.

There is no acting deal in place but I hear that if the project goes forward, Sanon could play a supporting role.

This marks the second year in a row that Sanon has sold a multi-camera comedy to CBS with the same creative team. Last year, he had in the works The Monroes & Tony, also from Cedric The Entertainer, Kapital Entertainment, TrillTV and CBS Studios.

Sanon currently is supervising producer on CBS’ hit The Neighborhood, on which he also recurs in the role of Trey. His previous writing credits include #BlackAF and Cedric’s The Soul Man, in which he also had a recurring role.

In addition to The Neighborhood, which is currently airing its fifth season, Cedric also is executive producing dramedy series Finding Happy, set to premiere later this year on Bounce TV. On the film side, he recently portrayed civil rights leader Ralph Abernathy in the feature Son of the South, and appeared in The Opening Act.

This marks the latest broadcast sale to CBS for TrillTV and Kapital this season, following They’re With Me, a blended family multi-cam comedy with Dana Klein and Mat Harawitz; Book Club, a single-cam comedy with Me, Myself and I duo Dan Kopelman and Susanna Wolf; and a reboot of The Bad News Bears, based on the 1976 film, with Corey Nickerson.