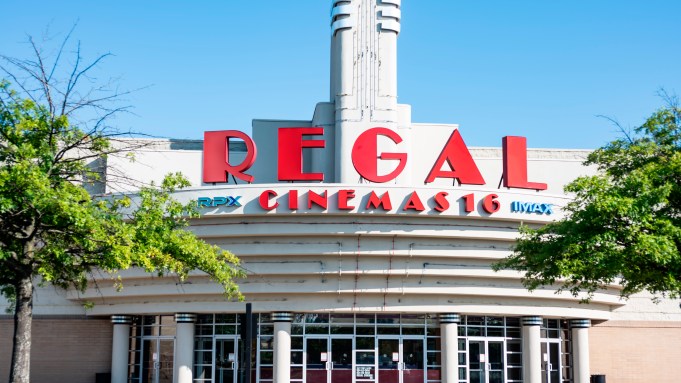 National CineMedia is suing Regal Cinemas, one of its founding partners, for hiding behind Chapter 11 to cancel a longstanding and legally binding contract – a twist in the bankruptcy saga of Regal parent Cineworld.

Regal created National CineMedia with AMC and Cinemark in 2007 to provide in-theater advertising in and it still owns a big chunk of the company. In a motion for “rejection” filed Friday in Bankruptcy Court for the Southern District of Texas, Cineworld said it needs a change. “A prudent exercise of business judgement” requires the chain to either extract better terms from National CineMedia, turn to another provider, or just take ad services in-house.

National CineMedia sued for breach of contract, in the same court with the same judge overseeing the Cineworld bankruptcy, and asked for an immediate stay. Suit here.

Chapter 11 allows filers to shed, or reject, some financial obligations and contracts, that’s kind of the point, but steps must be greenlit. NCM insists the contract is not one that can be tossed out, and that Cineworld has started the process anyway, before approvals, one reason it says it filed the lawsuit. It claims Cineworld is already negotiating with rival Screenvision.

The parties’ 2007 agreement, renewed multiple times most recently in 2019, has an exclusivity provision, a non-competition provision, a non-negotiation clause and a confidentiality provision that are “critical to NCM’s business model and the basis of its capital structure,” the lawsuit said.

“Regal seemingly is not content to merely use Chapter 11 as a process for recapitalizing and restructuring its business following the devastating effects of the COVID-19 pandemic, but has now weaponized the Chapter 11 process by opportunistically using it as a sword to resell NCM’s exclusive advertising rights … to a competitor of NCM, or to conduct the advertising business in-house.”

The Cineworld/Regal rejection motion had argued that the best interest of the estate and the best way to maximize value would be to consider “all advertising options” — especially given the carnage Covid has wreaked on the exhibition industry. The NCM agreement “as currently structured, does not offer the Debtors sufficient flexibility to rationalize costs and maximize advertising revenue.”

It also noted “significant concerns” about NCM’s balance sheet and current financial situation. “Rejecting a contract with a financially unstable counterparty will allow the Debtors to find a reliable solution, ensuring smooth operations of the Debtors’ go-forward advertising efforts.”

Cineworld, motion here, said it had been trying to negotiate new terms with NCM but talks were going slowly. It acknowledged that it filed the motion in the meantime “to set the table” for its ultimate rejection of the companies’ current relationship.