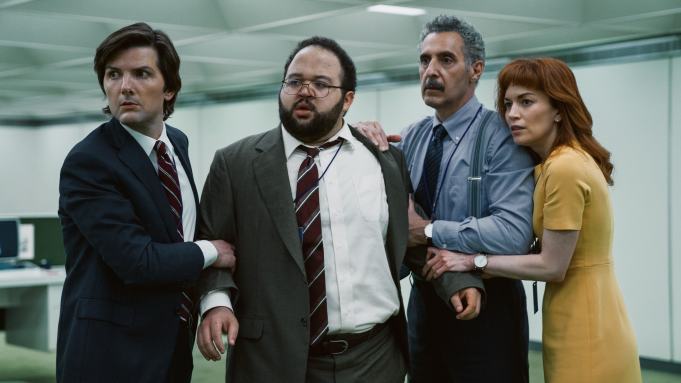 Robinson, a former Shine Group and Avalon boss, joined Fifth Season in 2018. The Brit has been working out of its LA base but exited recently.

Robinson is well respected and much liked at Fifth Season, which was formerly known as Endeavor Content. He played a key role in the company’s sale to South Korean powerhouse CJ ENM last year and the subsequent rebrand to its new identity. CJ ENM bought 80% of Fifth Season for $785M, with Endeavor retaining the other 20%.

The departure is understood to be amicable and Robinson is believed to be exploring new opportunities.

Deadline understands his duties are currently being covered internally.

Robinson joined Fifth Season at the end of the 2018, having previously been COO of talent management and Last Week Tonight With John Oliver production company Avalon. Before that, he was interim COO at Vertical Networks, Elisabeth Murdoch’s digital content outfit. Further back, he was COO of Murdoch’s Shine Group and has held senior roles at Metronome, 2waytraffic and Celador International.

Fifth Season is behind shows such as Severance, See, Killing Eve, The Night Manager, Tokyo Vice and Normal People and upcoming projects such as Alma Har’el’s Lady in the Lake starring Natalie Portman for Apple and The Lost Flowers of Alice Hart, Amazon’s first Australian original, starring Sigourney Weaver. Its films include The Lost Daughter, Cha Cha Real Smooth and Tom Brady’s 80 For Brady.

In October, the company promoted TV bosses Joe Hipps, Todd Sharp and Prentiss Fraser, a month after the rebrand. Chris Rice and Graham Taylor are the company co-CEOs.

Endeavor Content was formed in 2017 from the production, sales, and distribution assets within Endeavor, WME, and IMG.