The past year has been a fantastic one for the world of formats, as offerings from developing content giants such as South Korea travel the world and innovative ideas pop up in all corners. Below, Deadline has identified five key formats to watch out for next year, which we could see replicated in many more territories in the years ahead.

Make Up Your Mind (The Netherlands) 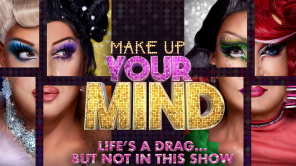 The wild success of RuPaul’s Drag Race, which has been remade in the Netherlands and is soon to launch a World Cup-style version on BBC3, looks set to usher in a wave of similar formats and Make Up Your Mind fits this bill perfectly. Having launched as a pilot to critical and ratings acclaim on RTL4 over the summer, the show will return as a full series in 2022. Appearing as you’ve never seen them before, Make Up Your Mind sees a group of celebrities take to the stage having undergone a visual and dramatic transformation into drag queens. A celebrity panel made up of two teams must guess who each of the personalities are as they compete over three rounds, with their performance, dance moves and, of course, lip-sync skills put to the test. Once revealed, the celebrities’ transformation is told through a moving highlights compilation. Fremantle Global Entertainment President Rob Clarke said producer Herriemakers and RTL4 have “created a show with heart and a purposeful message at its centre.” “We’re confident that this show will be hugely popular with international audiences, who will enjoy guessing who the celebrities are whilst also celebrating the beauty and importance of representation,” he added. Meanwhile in the Netherlands, SBS6 is launching reality survival game show Million Dollar Island and innovative talent show Avastars, in which singing and dancing talents are combined via AR to create one virtual super talent. Big year for Dutch formats incoming. 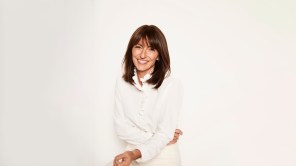 The TV world is riper with non-English-language content than ever before and here comes the world’s first ever subtitled dating show. The premise of the Channel 4 format sounds simple yet dazzlingly effective: six British singles arrive at a spectacular finca in the Spanish mountains and discover that the Spanish singles they will date don’t speak the same language. Host Davina McCall (pictured) and bi-lingual Ricky Merino invite the daters to ‘La Selección’, a ceremony at which the singles pick the person they want to spend time with and, over the next couple of days, sparks fly as the flirting gets competitive. As they try to build romantic connections and overcome their linguistic and cultural differences, viewers will be treated to surprising, charming and often comedic results. Banijay Rights’ format has plenty of international potential and follows in the footsteps of similar Channel 4 offerings such as Flirty Dancing, which was picked up by Fox. “Everyone can relate to a holiday romance, or struggling to make yourself understood to someone you like,” said Banijay Global Head of Content Operations Lucas Green. “With a super-simple premise at its heart – ‘can love conquer the language barrier?’ – combined with a miscommunication comedy of errors, this show brings pure rom-com to the ‘relationship reality’ genre.”

Squid Game may have picked up all the Korean plaudits of late but lest we not forget this is the nation that brought us mega formats including The Masked Singer and I Can See Your Voice. Having just launched on CJ ENM channel tvN, Mama The Idol builds on K-pop’s phenomenal success to return stars to the spotlight. Former legendary figureheads of the genre, who left the limelight due to childbirth, return to perform on stage once again and relive the old days. Sehee Jang, CJ ENM’s Senior Manager of International Content Marketing, said the “fresh and impressive format” melds K-pop music, dance performance and reality into one. “This is not a simple music show format,”  she added. “It’s about a special and touching story of legendary stars who regain their own names on stage.” This one’s sure to have audiences hooked.” 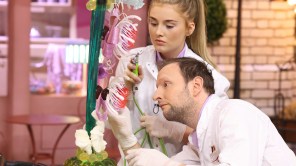 Viewers, prepare to salivate: a new food format is in town and it could be the tastiest yet. RTL’s Masters of Sweet will tap into Germany’s love for all things sugar as pro pâtissier sculptors take to the screens. Having dedicated their lives to creating showstopping sculptures made from sugar, cake, ice-cream, and chocolate, six of the best professional teams will compete to create the perfect edible dream. A band of judges must select a team to send home at the end of each episode, as the groups are put through their paces, tasked with creating gigantic replicas to spectacular fashion creations. Banijay Global Head of Content Development James Townley said the format “combines creativity, delicious food, craftsmanship and competition” and “taps into the global demand we are seeing for expertise-based competition formats.” He cited the likes of Lego Masters and Domino Challenge as similar in scope, tapping into viewer appetite for watching hobbies play out on screen. If Great British Bake Off’s global success (it airs in Germany on Sat.1 as Das Große Backen) is anything to go by, RTL could be on to a winner here.

This one-of-a-kind cooking format may be debuting in the U.S. but it has its origins in the busy UK formats kitchen, where ITV Studios label Possessed founder and Deal Or No Deal creator Glenn Hugill came up with the idea. The show was first picked up by the BBC but was shelved due to Covid-19. In the U.S., however, TBS swooped for a 10-episode order. Produced by Thinkfactory Media in association with Hugill’s Possessed, hosted by Natasha Leggero and judged by celebrity chef Ludo Lefebvre, Rat In The Kitchen is a hybrid competition cooking show and traditional whodunnit. Six dynamic chefs come together to compete in the ultimate cooking battle but amongst them is an undercover “rat in the kitchen,” who sabotages fellow contestants’ chances to take home the ultimate cash prize at every opportunity. Should they succeed in getting the judges to give the dishes bad reviews, and avoid detection from their fellow cooks, they get to take home the money instead. “Rat in the Kitchen is by far and away one of the most clever formats we’ve ever heard of,” said Corie Henson, EVP/Head of Unscripted Development, TNT, TBS, truTV. “It combines innovative cooking and everything you love about your favorite food shows, with a healthy serving of classic true crime.”