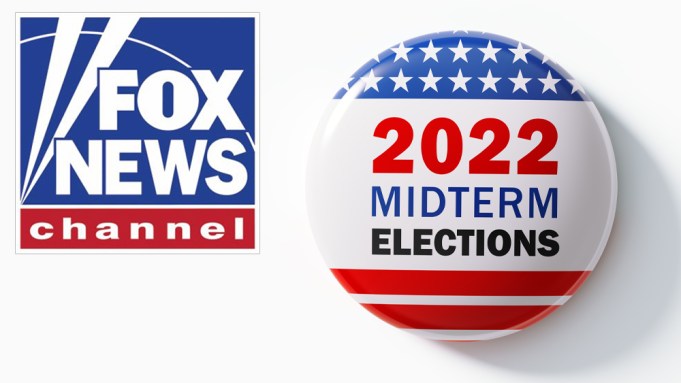 America doesn’t yet know who will hold power in the Senate and if Republicans have achieved a solid majority in the House of Representatives, but Fox News Channel was the winner again on election night for this year’s midterms.

With data heavy coverage, the Rupert Murdoch-owned cable newswer pulled in 7.2 million viewers in primetime on November 8. Now, while results continued to come in well into the AM, FNC easily held the lead in the evening. MSNBC came in second with around 3.1 million sets of eyeballs, according to Nielsen.

Compared to the 2018 midterms where the Democrats took back the House, Fox News was still in the top spot, but with just an 8% overall audience dip from four years ago. The outlet also was number #1 in the news 25-54 demo with 1.8 million viewers. A win is always a win, but Fox might want to keep an eye on those demo numbers, which dropped 25% from the 2018 midterms

Still, there are some bragging rights that FNC beat CNN and MSNBC combined in total viewers.

In fact, with an audience of 2.47 million, now Warner Bros Discovery-owned CNN was third in cable news viewers for the very first time. Looking at the very different media landscape of 2018, CNN took a hard 51% fall in viewership to find themselves behind their main cable rivals and the broadcast networks.