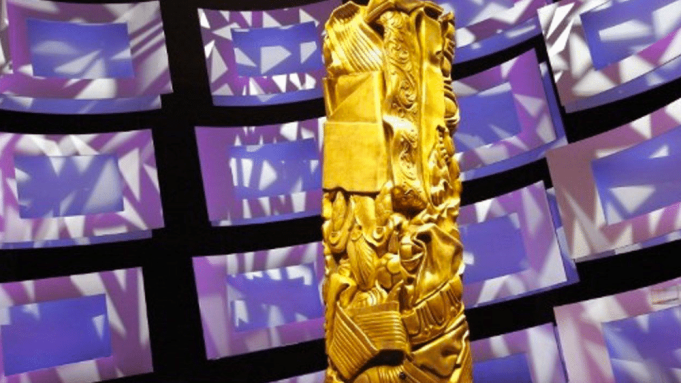 Bennacer was among 32 rising stars on the list showcasing emerging talent, the latest edition of which was announced on November 16.

The Academy said its board, in agreement with the Revelations selection committee, had decided to remove Bennacer from the list following media reports he was undergoing investigation and had been placed under judicial control.

The academy said the move had been made, “without prejudice for the presumption of innocence and out of respect for the alleged victims”.

The body added that it had decided to launch a deeper reflection as soon as possible on whether rules around the organization of the César ceremony needed to be modified to set an automatic protocol for what should be done when a César candidate becomes the subject of a judicial process. Such a protocol does not currently exist.

The César Academy’s decision to withdraw Bennacer from the Revelations list so promptly is a sign of the changed climate at the body following a radical overhaul in 2020.

In recent years, the Academy has come under fire for its continued support of Roman Polanski, who is wanted in the U.S. for the statutory rape of a 13-year-old girl in 1977 and has been accused by another five women of sexual assault and rape. Polanski denies the latter allegations.

The director has been nominated for the Césars multiple times over the past decade and won the best director for An Officer And A Spy in 2020, prompting actress Adèle Haenel and director Celine Sciamma to walk out of the ceremony in protest.

Bennacer was at the Cannes Film Festival this year as one of the young actors in Valeria Bruni Tedeschi’s Cannes d’Or contender Forever Young. His previous credits included Samuel Benchetrit’s Love Song for Tough Guys.

French media reported last week that he had been placed under judicial control at the end of October following allegations of rape and violence by an ex-girlfriend and three other women.

Bennacer has denied the allegations saying he was in fact the victim of bullying and harassment by an ex-girlfriend, following the ending of their relationship, who had then also harassed other women into lodging complaints against him.

Under the terms of this judicial control, Bennacer is not allowed to visit the Paris region or contact his accusers or witnesses in the case, who were reported to include Bruni Tedeschi.

Prosecutor Edwige Roux-Morizot told the media the alleged facts had happened between 2018 and 2019 within the confines of the theatre world.

Under the Revelations initiative, the participants are rising actors who have made their mark in films on release over the course of the current year. They are selected by a committee of 20 top casting directors active in French film production.

The selected talents take part in a special high-end photo shoot and are also feted at the annual Dîner des Révelations in Paris in January, which they attend in the company of top cinema professional of their choice.

The initiative was at the centre of accusations over a lack of transparency at the César Academy in 2020 after it came to light that directors Claire Denis and Virginie Despentes had been omitted from the guestlist, even though they had been nominated by participants that year and were available.

The affair marked the beginning of a dramatic meltdown in the body’s long-running management structure presided over by veteran producer Alain Terzian, which then resulted in a complete overhaul of the organisation and the creation of a gender-balanced co-presidency, board and chapter heads.