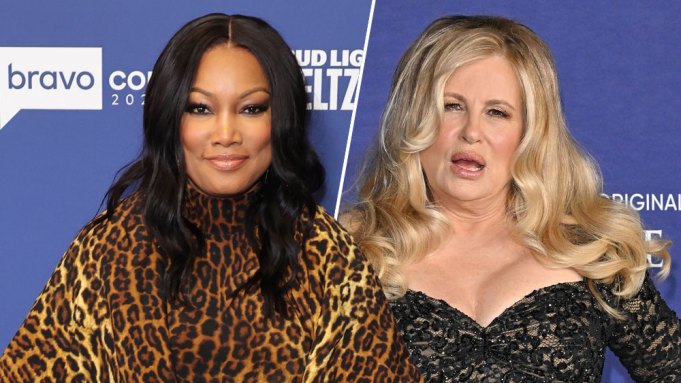 Could Jennifer Coolidge be the next star to hold a diamond as part of the cast of The Real Housewives of Beverly Hills? Garcelle Beauvais thinks the White Lotus star could use a signature maneuver to deal with the drama on the Bravo series.

“She would be fantastic, we need some humor,” Beauvais said while guest co-hosting on The Talk.

Beauvais remembered that Coolidge was on Legally Blonde and did the “bend and snap” move that Reese Witherspoon’s Elle Woods taught her character to get the attention of a man she had her eyes on.

“She would bend and snap a b***h,” Beauvais quipped.

RELATED: Yolanda Hadid On ‘RHOBH’ Taking Toll On Mental Health: “I Was Fighting For My Life”

While doing a red carpet appearance for the second season of the HBO drama series, Coolidge was asked what “Real Housewives” franchise she would be a part of and she mentioned RHOBH.

“I have to say the Beverly Hills thing is riveting and it’s riveting for many reasons,” Coolidge said in an interview with E! “All the gays that I hang out with are obsessed with so they would want me to do that one. And you know, Lisa Rinna is such a good villain … I would like that one.”

Beauvais was also asked about the RHOBH reunion and she said, “I’m glad it’s behind me.”

“We shoot for 14 hours, we get an hour break for lunch and even during lunch they wouldn’t even take the mic’s off. So I was, ‘No, no, give us a break,’” Beauvais told The Talk co-hosts.

The former The Real host said that the reunion is “a lot because it’s everything that you went through for the season.” Beauvais called the reunion “emotional” and said “there were a lot of tears” as Kathy Hilton and Kyle Richards “go at it” for the third and final part of the reunion.