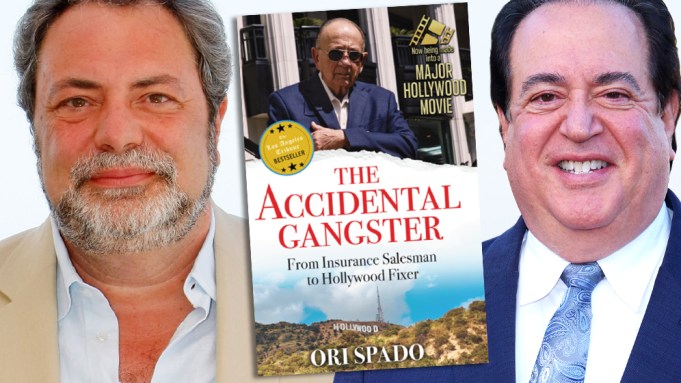 EXCLUSIVE: George Gallo (The Comeback Trail) is teaming with Green Book Oscar winner Nick Vallelonga to produce The Accidental Gangster, a new thriller based on reformed gangster Orlando ‘Ori’ Spado’s bestselling autobiography of the same name. The former will also direct from a script by the author’s son Anthony Spado and David Steenhoek.

Prior to leaving the mob, Ori Spado was an associate of NYC Colombo Crime Family underboss Sonny Franzese, as well as Los Angeles Family underboss Jimmy Caci, and Joey Pyle, who led the London-based criminal organization known as The Firm. He worked as a fixer in both Hollywood and New York and went on to pull off numerous jobs and heists during his time with the mafia, after working for a time as an insurance salesman. In 1997, one particular FBI Agent told Spado, “I will see the day you are chained, shackled and put on Con Air and brought to Brooklyn” — and 11 years later, in 2008, he made it happen.

Spado served five years on a RICO conviction in both New York and California and later developed a following interested in his time with La Cosa Nostra via podcasts and in-person appearances, coming to net millions of views on YouTube. He’s at the same time looked to help young people stay out of a life of crime.

The Accidental Gangster will be a co-production of Vallelonga Productions, Aspado Productions and Mediator Films, with Ori and Anthony Spado producing alongside Steenhoek, Gallo and Vallelonga. It’s just the latest project to team Gallo with Vallelonga, with another recently announced being Betrayal: John Gotti and the Fall of La Cosa Notra, a series that the pair are developing with Bobby Moresco and John Gotti Jr. The duo are also currently at work on Gambino — a film about mafia boss Carlo Gambino which Gallo will direct from his and Vallelonga’s script, with Julius Nasso (Narc, The Patriot) producing.

“This story fascinated me the first time I heard it. And once I read his book I was in,” said Gallo. “It’s not your typical gangster story.”

Gallo developed the story inspiring the Bad Boys films, more recently writing and directing the Lionsgate action-thriller Vanquish with Morgan Freeman and Ruby Rose and the comedy The Comeback Trail, starring Robert De Niro, Tommy Lee Jones and Freeman. The filmmaker has also penned such features as Wise Guys, Midnight Run, The Whole Ten Yards and Code Name: The Cleaner. Also coming up for him is the film Muti with Freeman and Cole Hauser, which is in post-production.

Vallelonga won two Oscars (including Best Picture) as the co-writer and producer of the 2018 Universal drama Green Book, examining his father Tony Lip’s (Viggo Mortensen) friendship with the classical pianist Dr. Donald Shirley (Mahershala Ali), for whom he worked as a driver and bodyguard back in the 1960s. He’s also previously written and directed features including Choker and The Corporate Ladder, and recently appeared in the Sopranos prequel film, The Many Saints of Newark.

Ori and Anthony run the company Aspado Productions focused on stories surrounding the Italian American experience. Other projects in the works there include The Chameleon, a TV series about DEA Agent Frank Panessa, which will be created and written by Steenhoek, with Gallo exec producing alongside Aspado Productions.