President Barack Obama, LeVar Burton and Dave Chappelle are among the nominees for Best Spoken Word Album at the 64th annual Grammy Awards, which were announced this morning. Also up for the prize are 10-time Emmy nominee Don Cheadle and poet/hip hop artist J. Ivy.

The nom for A Promised Land is the third in the category for Obama and his first in 13 years. He won both previous times, for his audiobooks Dreams from My Father in 2006 and The Audacity of Hope (2008) — the wins coming before he was elected as Commander in Chief. 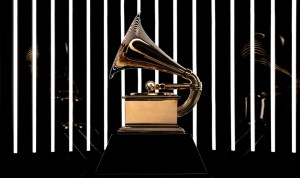 Up for the audiobook Aftermath, Burton also is a previous Spoken Word winner, snagging the 2000 prize for audiobook The Autobiography of Martin Luther King Jr. That was the Jeopardy! fill-in and newly minted Trivial Pursuit host’s only previous Grammy nomination.

Big 2021 newsmaker Chappelle scores his first nom in the category with 8:46, shared with Amir Sulaiman. The Closer comic won three consecutive Comedy Album of the Year Grammys from 2018-20 but isn’t in the running for that prize this year. 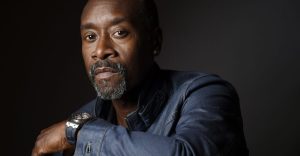 The nom for audiobook Carry On: Reflections for a New Generation From John Lewis also is the second Spoken Word category — and third overall — for Cheadle. Showtime’s Black Monday star was up for Fear Itself (Walter Mosley) in 2003, and his Miles Ahead won the 2016 Grammy for Best Compilation Soundtrack for Visual Media.

Here is the full list on Grammy nominees for Best Spoken Word Album, which includes poetry, audio books and storytelling:

Carry On: Reflections for a  New Generation From John Lewis
Don Cheadle