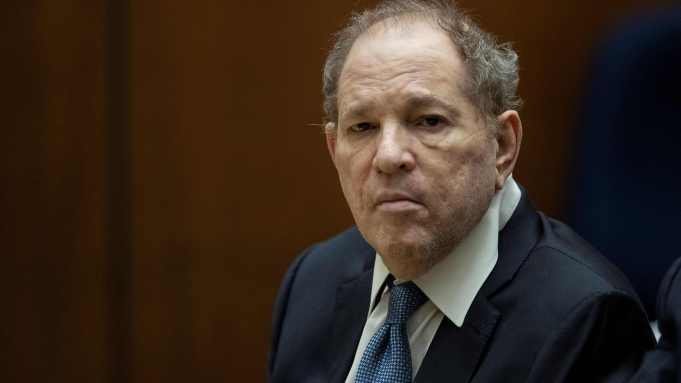 One of Harvey Weinstein’s former personal assistants, who was mentioned prominently in accuser Ashley M.’s testimony, took the witness stand today in the disgraced former mogul’s sexual assault trial in Los Angeles, saying she has “no recollection of meeting [Ashley M.] in Puerto Rico.”

The accuser mentioned Hung by name during her testimony last week, saying that when because the assistant was present that night, “At that point I felt better just knowing that I wasn’t alone.”

Martinez asked Hung if she had read media accounts of Ashley M.’s testimony. She answered yes but added, “I have no recollection of meeting her in Puerto Rico” and, later, “I don’t recall going to the hotel with her and Mr. Weinstein.” Hung did say it was “possible” that she met Ashley M. there and “possible that she, as Martinez asked, “walked up to the hotel room with Mr. Weinstein and the woman, and that you closed the door behind them.”

Later, when Martinez asked Hung to explain how it would work when Weinstein told her to leave a room while they were on trips.

“He would tell me and everybody else to leave so he could have a private word with whoever he was meeting with,” Hung said on the stand.

The prosecution then finished with Hung, and the defense opted not to cross-examine her.

Harvey Weinstein faces a maximum sentence of more than 100 years in prison if convicted of the grand jury charges for four counts of rape, four counts of forcible oral copulation, one count of sexual penetration by use of force, plus one count of sexual battery by restraint and sexual battery. A jury of nine men and three women is hearing the Los Angeles case. His attorneys have said the sexual encounters were consensual and even “transactional,” and that claims were fabricated.