Three months after the death of its longtime CEO Brian Goldner, Hasbro has named his successor. Chris Cocks, who served as president and COO of the company’s Wizards of the Coast and digital gaming division, has been promoted to chief executive officer.

Cocks, who joined Hasbro in 2016, will take over from interim CEO Rich Stoddart late next month. 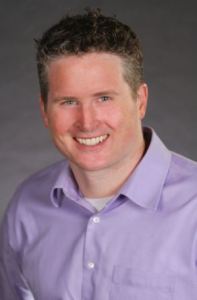 During his tenure, Wizards of the Coast has become a major player for the company, more than doubling its revenue to $1 billion-plus. Cocks has worked on Hasbro’s popular Magic: The Gathering, Dungeons & Dragons and Duel Masters franchises. Before Hasbro, he led Microsoft’s Xbox Games and MSN teams and its gaming franchises Halo and Fable.

“Hasbro has amazing brands, gifted storytellers and unique entertainment assets,” the exec said in a statement, “and I am humbled to step into the position of CEO at this important time and to build on the strong foundation Brian created.”

Goldner led Hasbro into the entertainment world, serving as an executive producer of the Transformers and G.I. Joe movie franchises. During his run, Hasbro acquired the independent Canadian studio Entertainment One in 2019, selling off its music business.

“Having known Chris for years and working more closely with him these last several months, I have no doubt that he will be an extraordinary leader for the next phase of Hasbro’s journey,” Stoddart said in a statement today.