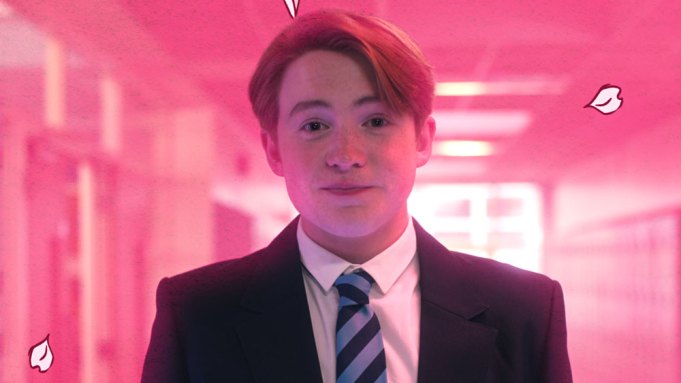 Kit Connor has taken to social media to come out as bisexual after he says he was forced to. The Heartstopper star is now receiving the support of his fellow cast members and the creator of the series.

“back for a minute. i’m bi. congrats for forcing an 18 year old to out himself. i think some of you missed the point of the show. bye,” Connor tweeted.

back for a minute. i’m bi. congrats for forcing an 18 year old to out himself. i think some of you missed the point of the show. bye

The Netflix series is based on the graphic novel created by Alice Oseman about two male-presenting classmates who fall in love. Connor plays Nick, a rugby player who is not officially out but finds himself clicking with Charlie (Joe Locke), who is out of the closet.

Oseman replied to Connor’s tweet saying, “I truly don’t understand how people can watch Heartstopper and then gleefully spend their time speculating about sexualities and judging based on stereotypes. I hope all those people are embarrassed as F**K. Kit you are amazing.”

Kizzy Edgell, who plays Darcy in the streaming series, added, “i love u kit im sorry this has been so disgustingly rough on you. been treated so unfairly.”

Following the success of Heartstopper on Netflix, the series was renewed for two seasons back in May of this year.

Heartstopper is the story of boy meets boy. Boys become friends. Boys fall in love. When gentle Charlie and rugby-loving Nick meet at secondary school, they quickly discover that their unlikely friendship is blossoming into an unexpected romance. Charlie, Nick and their circle of friends must navigate the ever-relatable journey of self-discovery and acceptance, supporting each other as they learn to find their most authentic selves.