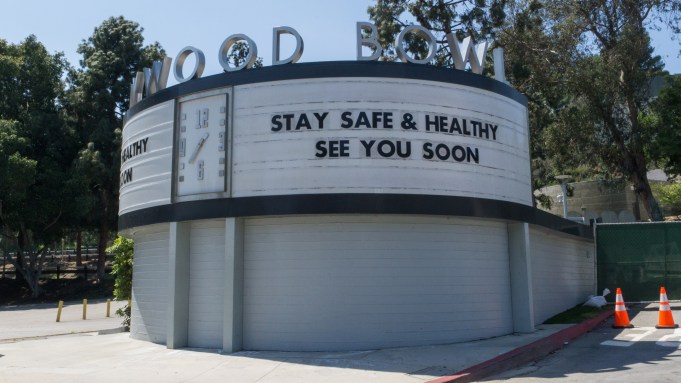 A fire in a small cluster of palm trees outside the Hollywood Bowl greeted exiting customers Saturday night.

Three fire companies responded to the blaze, which erupted as attendees existed the Bowl’s “Sing-A-Long Sound of Music” program. The venue was unharmed and no injuries were reported.

No cause of the fire has been released. The Los Angeles Fire Dept. downplayed the incident.

“That somewhat stubborn fire near the @HollywoodBowl, our 1,423rd emergency of the day,” the department tweeted. “Thankfully involves only vegetation, and has not risen to the level of issuing an @LAFD ALERT.

Leaving the @HollywoodBowl after Sing Along Sound of Music and a small cluster of palm trees was on fire. It burned quickly and was barely embers by the time people reached their cars in stacked parking. While this was happening, the exiting crowd sang Do Re Mi in the tunnel. pic.twitter.com/xmO79yIVUV