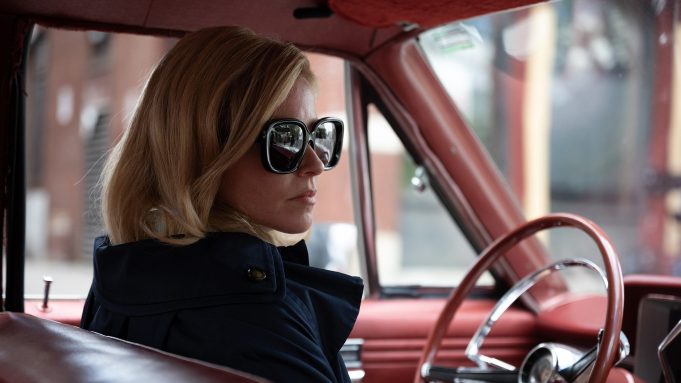 Has there ever been such a joyless film awards season? I mean, other than 2020, when Covid closed the theaters, or 2001, after the terror attacks.

Personally, I can’t remember one.

Abortion clinics are promoting Call Jane. Weinstein trial jurors are warned not to watch the She Said trailer, lest angry movie-think taint their judgment. Armageddon Time boasts what must be the most intimidating title for a coming-of-age movie ever (it beats The Squid And The Whale by a mile). And the top-grossing seasonal prize contender to date, The Woman King, looks unlikely to crack the Top 1000 in all-time ticket sales.

Moviegoers, the light-hearted ones anyway, would be looking for the exits. But they haven’t actually been let in. Of the ten leading Best Picture contenders ranked by our sister site Gold Derby on Friday, only four have played outside the festival and awards circuit. Insiders are still calling the shots, and they’re banking on some pretty dour stuff, unless Top: Gun Maverick comes back, or pictures as slight as The Fabelmans  (yet to be seen by the public) or The Banshees Of Inisherin (working its way into the $3 million range) can somehow lift our spirits.

October, as predicted, was miserable. Total ticket sales, as posted by Box Office Mojo, stuck at about $468.6 million; not counting the pandemic year, that was the worst since 2000, worse, even, than 2001, when lower Manhattan was a smoking ruin.

Black Panther: Wakanda Forever, due from Marvel this week, should boost the box office. But its story line, about loss, and threat, and struggle, won’t do much to lift the pop cultural funk.

In fact, that can’t possibly happen until Tuesday’s election results have been ground through the mill of contention, and survivors begin looking to the movies for uplift or distraction.

Traditionally, the early December Golden Globes nominations—a goofy affair, criss-crossed with comedies, musicals and inexplicable aberrations—would provide relief from the early season mopes. But with the Globes on probation for racial exclusion and bad behavior, that can’t happen this year. Nominations from the chastened Hollywood Foreign Press Association will surely signal virtue.

Still, something’s got to give, lest the Oscars, on March 12, get caught in a down-draft that already left the Emmys, on Sept. 12, with a record low audience. In eight of the last ten years, for what it’s worth, the Oscar audience has been up when the prior Emmy show was up, and was down when the Emmys were down.

Both shows, one at each end of Hollywood’s fall-winter season, are touched by the prevailing moods. And right now, those bring little joy.