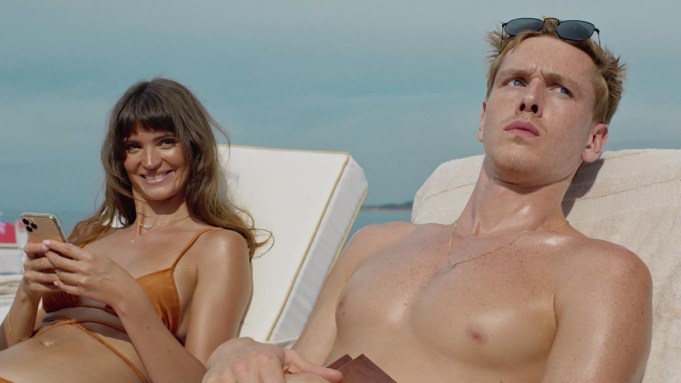 The company is releasing Darren Aronofsky’s The Whale on December 30, three weeks after its release in the U.S. through A24. Ruben Ostlund’s Triangle Of Sadness is being lined up for release in January 2023, around the same time that the Oscar nominations are announced. Hirokazu Kore-eda’s Broker will go out theatrically around the same time, following its U.S. release through Neon on December 26.

Impact Films founder Ashwani Sharma says he got the confidence to take these films theatrical after Everything Everywhere All At Once clicked with Indian audiences and grossed more than $200,000, despite releasing in September, six months after its U.S. release.

“People had already seen the film through pirated copies, but came to watch it again in cinemas because it was a big screen experience,” says Sharma, who is attending the on-going International Film Festival of India (IFFI) and its industry platform Film Bazaar. “They loved this concept of action mixed with the multiverse, which is something they’d seen in Marvel movies, but not in an indie film.”

India has always been a notoriously tough market for independent and foreign-language films, with even Hollywood movies only accounting for a 10-15% market share. That situation has only deteriorated during the pandemic, when Indian audiences started to expect most films to pop up on streaming platforms, and became much choosier about what they’d step out of the front door to see.

Even local-language films are not having the easiest ride in India following waves of cinema closures during the pandemic. Despite the outsized success of a few films like Telugu-language blockbuster RRR, many releases are struggling to bring audiences back to cinemas.

But Sharma is a believer, despite what he describes as a steep learning curve and some much less successful experiences. Already a producer, Sharma launched Impact Films in 2017 because there were so few world cinema titles being released theatrically in India. Historically, there have only been a few buyers, including exhibitor PVR and Multivision Multimedia, and many independent and award-winning foreign films were falling through the gaps.

The company started out by releasing Australian psychological horror Berlin Syndrome, directed by Cate Shortland, and Oscar-winning Chilean drama A Fantastic Woman, but neither managed to book many screens or draw a big audience. “We didn’t get a great response, although we managed to sell to streaming platforms later and recover some of our investment,” Sharma says.

The company had its first breakthrough with Bong Joon Ho’s Parasite, which it released in late January 2020 on 65 screens, and was able to expand to 100 screens across 25 cities in the second week, after the film won multiple awards at the Oscars. Parasite’s theatrical run was cut short when the first wave of the pandemic shuttered India’s cinemas, but Sharma decided to plough on.

“We acquired several titles during the pandemic, when nobody else was buying, so we had this opportunity because the bigger players were inactive,” Sharma explains. During this period, the company bought films including US sci-fi romcom Palm Springs, Thomas Vinterberg’s Another Round, Asghar Farhadi’s A Hero and Parallel Mothers, directed by Pedro Almodovar.

“We decided to dabble between commercial US indie films and more arthouse titles,” Sharma explains. “On the arthouse side, what resonates is a strong, emotional story that the audience can relate to – themes like the common man, family-oriented, children or mother-daughter type stories.”

Not that this is a fail-safe formula, Sharma admits. The company didn’t get a good response for A Hero, Parallel Mothers or surprisingly Nadine Labaki’s Capernaum, which had grossed an astounding $60m in China. But Sharma says he learned the hard way how to do theatrical releasing – which cities to release in and where to spend digital marketing budget – and also had some success with TVOD releases on platform such as BookMyShow.

He also made up losses by selling to SVOD platforms and, starting with Parasite, realised he could introduce these films to a much wider audience by dubbing them in the main Indian languages – Hindi, Tamil and Telugu. While Impact’s theatrical releases are all original language with subtitles, so reach a more upscale, urban audience, the SVOD releases are reaching a much wider demographic through the dubbed versions of these films.

“We’re trying to develop a hybrid model – taking the synergies of both mediums, first theatrical to see whatever buzz you can create, and then dub for VOD and make the films accessible to a larger Indian audience,” Sharma explains. “We’ve seen a culture developing of more people watching these films on VOD, especially content that, like Iranian films, resonates with Indian culture.”

Sharma is now planning digital releases dubbed into different languages for several  upcoming films – split between arthouse titles like Iranian dramas No Bears and Leila’s Brothers and Japanese director Koji Fukada’s Love Life, and more commercial Korean genres films, including Confidential Assignment 2: International and Choi Jae-hoon’s The Killer. Some of these titles may also get a short theatrical release.

So far, SVOD buyers have included Netflix, Amazon Prime Video, SonyLiv and MUBI, although Sharma acknowledges that the streamers have reduced their acquisition budgets in recent months. He says that sometimes these platforms are more interested if a film has had a theatrical release, sometimes they prefer a digital premiere, but the most important factor is timing – they want to stream the film around the same time it’s getting international awards and festival buzz.

Similarly, Sharma works with Indian festivals when the timing coincides with the Indian release. He currently has three of his upcoming films screening at IFFI – The Whale, Triangle Of Sadness and No Bears. For his three upcoming theatrical releases, much also depends on buzz around the upcoming awards season. Broker for example is not Japan’s submission for the Best International Feature category, but he expects it could get a big boost if Song Kang-ho, who won best actor in Cannes, also receives an Oscars nomination.