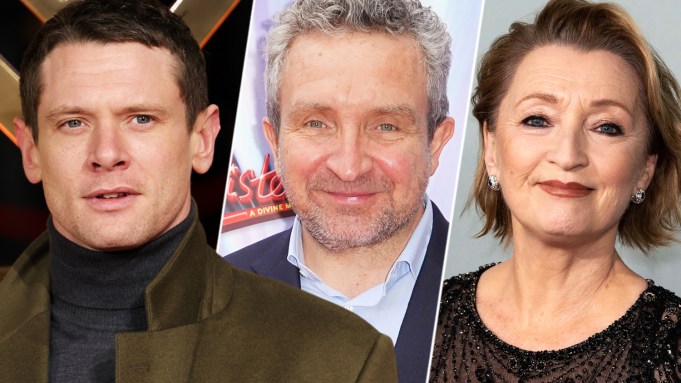 EXCLUSIVE: Jack O’Connell, Eddie Marsan and Lesley Manville have joined the ensemble cast of Amy Winehouse biopic Back to Black, starring Marisa Abela as the Grammy-winning singer who died in 2011 at 27. Sam Taylor-Johnson is on board to direct the film from of StudioCanal, Focus Features and Monumental Pictures.

Focus will distribute the pic in the U.S., with Universal Pictures International handling international distribution excluding the UK, France, Germany, Australia/New Zealand, Benelux, Scandinavia and Poland which will be handled by Studiocanal. Filming is set to begin on Monday in London.

Deadline was first to report that Studiocanal and Taylor-Johnson were moving forward with the film as well as Focus’ recent involvement with the project.

O’Connell will play the love of Winehouse’s life, Blake Fielder-Civil. The two would marry in 2007, but after a tumultuous relationship that was filled with booze and drugs that led to stints in rehab, they divorced prior to Winehouse’s death.

Marsan will play Winehouse’s father, and Manville will play her maternal grandmother.

Winehouse is considered among the greatest recording artists in recent history, selling more than 30 million records worldwide and still generating more than 80 million streams per month. Her 2006 album Back to Black propelled her to stardom, earning five Grammys including Best New Artist and Record of the Year and Song of the Year for hit single “Rehab.” The film will focus on Amy’s genius, creativity and honesty that infused everything she did. A journey that took her from the craziness and color of 1990s Camden High Street to global adoration and back again, the pic crashes through the looking glass of celebrity to watch this journey from behind the mirror, to see what Amy saw, to feel what she felt.

Back to Black was written by Greenhalgh, reuniting the scribe with Taylor-Johnson following their collaboration on Nowhere Boy in 2009. Featuring many of Winehouse’s hit songs, the biopic has the full support of Universal Music Group, Sony Music Publishing and the Amy Winehouse Estate.

O’Connell continues to stay very busy with a 2022 that included the acclaimed Epix series SAS Rogue Heroes as well as the Netflix-Sony adaptation of Lady Chatterley’s Lover. Next up he plays race car driver Peter Collins in Michael Mann’s Ferrari. He is repped by UTA, Conway van Gelder Grant and Sloane Offer Weber & Dern.

Marsan next can be seen in the drama Fair Play, which is making its premiere at the Sundance Film Festival, and also has the Guy Ritchie pic Operation Fortune: Ruse de Guerre bowing this year. He is repped by Markham Froggatt and Irwin and UTA.

Manville most recently was seen playing Princess Margaret in the latest season of Netflix’s Emmy-winning The Crown. She was also recently seen in the thriller Let Him Go. She is repped by ARG Talent.